Malaysia, a fantastic multi-ethnic, multi-cultural melting pot in Southeast Asia.  Two halves of a juicy peach (Peninsula and Borneo) offering quite different, yet equally exotic, experiences and a multitude of islands between them for beach and nature lovers alike.

The tallest twin buildings in the world, Petronas Towers, can be found in the capital Kuala Lumpur and by total contrast, the Cameron Highlands provide a peaceful haven where you will find therapeutic trails to wander and tea plantation tours to soak up.  Taman Negara one of the oldest primary rainforests in the world is a must, when visiting Peninsular Malaysia.

Malaysian Borneo is bursting in tropical biodiversity for budding ecologists to explore and wondrous examples of caves can be found in the Gunung Mulu National Park.  Gua Nasib Bagus (Good Luck Cave) houses the Sarawak Chamber, the largest cave chamber in the world, and at Deer Cave you can witness the astonishing evening exodus of the resident Wrinkle-lipped bat colony (the largest single colony known to man).  In the northern portion of Borneo, Sabah’s top tourist attraction, Sepilok Orang Utan Rehabilitation Centre, allows a once in a life-time opportunity to come face to face with these endangered great apes.

For island hoppers: Sipadan’s reputation as a top global diving location has made it an exclusive place to visit.  Tioman Island (32km off the east coast of Peninsular Malaysia) encircled by dazzling white coral reefs is another island worth considering, as an alternative for scuba-diving enthusiasts.  Further north, in the state of Terengganu the Perhentian Islands are popular with budget travellers where affordable accommodation is plentiful.  On the opposite side of the mainland, in the Andaman Sea is the archipelago Langkawi, officially known as the Jewel of Kedah which includes the island of Pulau Langkawi, promoted for its jungle interior and exquisite white beaches.

Penang has a distinct Asian flavour and is a great #foodie destination, indeed the whole of Malaysia offers an inexpensive, eclectic blend of cuisine to suit any tourist's palate.  A spice infused magical paradise quietly lies waiting for lucky Top Tourists to lap up, pure heaven for holidaymakers!

If you liked Malaysia, why don't you try.. 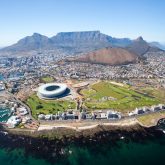 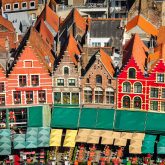 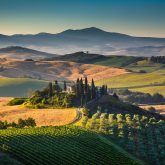