Hot up your holiday with a trip to Mexico! A long-standing favourite for vacationing Canadians and North Americans, the rest of the world is beginning to catch up and Mexico is now becoming increasingly popular with European tourists.  Where would we be without Mexico? Missing three very important ingredients in our diet that many of us could, or would not want to live without: chocolate, chillies and corn.  However as tourists, the endless sunshine, cultural festivals, colonial cities, beach resorts, and legacy of Maya and Aztec civilisations are the hallmarks of a great holiday destination we all yearn to unearth.

On the Yucatán Peninsula, Cancun features in most travel brochures these days.  Following the Caribbean coastline south takes you into an area known as the Riviera Maya famous for its large scale, all-inclusive resorts and aquatic activities.  Playa del Carmen dominates as the liveliest and trendiest spot and just opposite this, the island of Cozumel, where Jacques Cousteau discovered the fabulous beauty of the coral reef, is a regular stop for cruise ships.

Acapulco, immortalised by Elvis Presley and the ‘jet set’ of the 1950’s and ’60’s as a playground of the rich and famous, still likes to party all night long.  The dramatic topography also provides a beautiful natural springboard for La Quebrada Cliff Divers to perform their daily shows for the public.  Also on the Pacific Coast, Puerto Vallarta is a rising star, for those who like a slower pace, or looking for a second home in a warmer climate.  Los Cabos is an area of stunning beaches at the southern tip of the Baja California Peninsula - where the Pacific Ocean becomes the Gulf of California - well-known for the rock formation arch of Cabo San Lucas and world-class sports fishing.

Away from the coast, Guanajuato is a brightly coloured colonial city, excellent for pedestrians to explore, as traffic flows mainly through the underground tunnels beneath.  Great things have come out of Guadalajara: tequila, mariachi music and the Mexican Hat Dance! A reputation for outstanding food has also created some fashionable restaurants.

A backdrop of snow-capped volcanoes will lead you to Mexico City.  In the capital, you will find a huge Mexican flag at the centre of one of the world’s largest squares, Zócalo - Plaza de la Constitución, flanked by the National Palace, Metropolitan Cathedral and a number of historic buildings.  Two other attractions of note: Templo Mayor, home to the remains of the Great Temple of Tenochtitlán (most artefacts are housed in the museum built on the temple site) and The National Museum of Anthropology, considered to be the most important museum in Mexico, containing many Pre-Columbian treasures such as the Stone of the Sun and Aztec Xochipilli statue.

In the north west state of Chihuahua you may be surprised to find, not the smallest breed of dog that immediately springs to mind, but one of North America’s most scenic excursion railways.  The Chihuahua al Pacifico Railway winds its way through Copper Canyon, a network of canyons several times bigger than the Grand Canyon, where you can take in some spectacular views.

Ancient Meso-American sites are scattered throughout the country.  Outstanding examples of Mayan architecture and sculptures, including the Temple of Inscriptions, can be found at Palenque.  The Maya city of Chichen Itza is one of Mexico’s most visited tourist destinations with its landmark temple-pyramid, El Castillo.  Easily reached from the capital, and a must see for its sheer enormity, is the daddy of them all, Teotihuacan.  Once the greatest city in the Americas and a pilgrimage site for the Aztecs.  An extraordinary and unforgettable place to visit, the Avenue of the Dead, the monumental Pyramid of the Sun, this is “the place where gods were created”.

Mexico has astounding spirit, strength and status all wrapped up in a tasty tortilla - the anthropological importance irrefutable, the beaches irresistible, the food unmistakable.  So if you want to hot up your holiday - the heat is on in Mexico!

If you liked Mexico, why don't you try.. 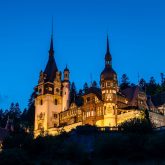 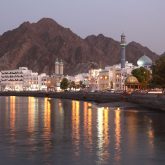