The name Tanzania was created as a portmanteau of the names of the two states that unified to create the country: Tanganyika and Zanzibar.  This East African country is relatively new and undeveloped as regards tourism, but there are a couple of places you may have heard of.  Mount Kilimanjaro, the highest mountain in Africa, has become a major tourist attraction enjoyed by mountaineers and trekkers from around the world.  The Serengeti National Park, also world-famous, is a safari mecca populated by the “big five” (elephant, lion, leopard, buffalo, rhino) and one of the best-known big game safari destinations in Africa.  Visit in May, to witness herds of wildebeest and zebra gathering for the “Great Migration”.

For adventurous travellers and wildlife enthusiasts there are plenty more exciting finds.  Gombe is the smallest national park, a tiny piece of chimpanzee habitat where Jane Goodhall carried out her pioneering work and in 1960 founded a behavioural research program that now stands as the longest-running study of its kind in the world.  Ruaha National Park is the least accessible in the middle of the country and because of its remote location remains relatively untouched.  Selous Game Reserve, where most visitors arrive by air to find larger numbers of animals than people (a pleasant change from some of the busier reserves) and all thanks to the strict control of the Wildlife Division of the Tanzanian Ministry of Natural Resources and Tourism - no human habitation or permanent structures are permitted.  Tarangire NP is a paradise for bird watchers, and also known for its large numbers of elephants and tree climbing lions - watch out for the enormous termite mounds! Lake Manyara is a watering-hole for hundreds of bird species and large mammals and there are a number of lodges in the area providing tourists with accommodation and a base from which to enjoy day and night safaris.  Located between the Serengeti and Lake Manyara, the steep sides of the famous Ngorongoro Crater, the largest intact ancient caldera in the world, have formed a natural enclosure for Ngorongoro Conservation Area.  A permanent natural supply of water allows animals to stay in the basin rather than migrating and the crater floor is awash with wild game - this is a very popular attraction.  However, Tanzania has been described as the “cradle of humankind” and another reason for visiting the area is Olduvai Gorge, a significant archeological site on a series of fault lines, which has revealed incredible fossils and remnants of early mankind.

Off shore, Zanzibar, one of the islands known as the “Spice Islands”, once part of the British Empire and an important, centuries-old trading port, is a melting pot of African, Indian and Arab influences.  The white sandy beaches and crystal clear waters are a big draw for tourists as is the historical “old town” of Stone Town, the old part of Zanzibar City.  People also venture to the smaller islands of Pemba and Mafia for scuba diving, game fishing or just to enjoy the beautiful beaches.

The name may not immediately spring to mind when planning your holiday, or cross your lips when talking tourist destinations, but now that you know more about the untapped potential of Tanzania, aren’t you tempted?

If you liked Tanzania, why don't you try.. 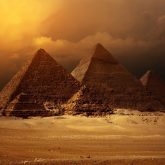