Kiliedu Travel & Tours will professionally manage all of your leisure and business travel needs, best travel packages, accommodation, apartments and hotels in Tanzania. We are among the top rated travel agencies in the region and will help you experience the beauty of the Seven Natural Wonders of Africa and travel to the top 3 holiday tour destinations in Africa, that’s Mount Kilimanjaro, Ngorongoro Crater and Serengeti National Park.

• Tanzania is one of Africa’s most dynamic and popular travel destinations, a land covered with natural variety, which is complemented by the innate hospitality of the people who live here.

• Serengeti has one of the most amazing wildebeest migrations which make’s it a special place; the enormous herds of wildebeest are one of nature’s biggest miracles on the African continent.

• Don’t forget to climb Mount Kilimanjaro, the tallest mountain in Africa, covered with ice. With the help of one of the best travel agencies in Tanzania you can make your own special history, to reach the highest peak of Africa.

• The scenery, topography and very friendly people make Tanzania one of the best places to visit. An unforgettable wildlife safaris experience awaits! 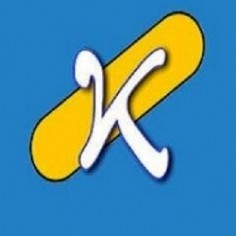