Many people think that Transylvania is just a fictional land, a realm of vampire stories where people are impaled, and where werewolves run freely through old, dark forests. Well, in reality, Transylvania turns out to be quite different and this historic Romanian region is actually quite sunny and very pleasant to visit. It’s full of history – and the Saxon cities, the old and remote villages, the tall mountains, the rolling hills and the hospitable people are great reasons for visiting. Below are some of the most important tourist sites in Transylvania:

Built by the Saxons who colonized the entire southern part of Transylvania, the city of Brasov is one of the most important tourist attractions in Romania. Located just 3 hours from Bucharest, surrounded by the Carpathian Mountains and boasting a beautiful and lively Germanic old town, Brasov is also close to many other famous tourist attractions. In just 30 minutes you can reach the well-known Bran Castle (Dracula’s castle in the film), or you can cross the mountains to Sinaia where you can visit the beautiful and imposing Peles Castle. The town of Prejmer boasts the best preserved fortified church in Europe. Many other day-trips can be done to such different places as Sighisoara, Sibiu and Bucharest.

Sibiu, a Saxon town founded about 800 years ago, is probably the most beautiful city in Romania. In 2007 it was designated to be the cultural capital of Europe. This meant a huge investment in the city which enabled it to recover its lost glory. The medieval buildings once again revealed their beautiful facades, the cobblestones were restored, and many new hotels were opened for the event. Today, Sibiu attracts thousands of tourists from around the world. They are delighted by the medieval atmosphere of the old town, by the little cobblestone streets, by the beautiful passages, tall towers, and massive defensive walls. While in Sibiu, don’t miss the panoramic views from the tower of the former Town Hall, the works of art in the Catholic and Orthodox cathedrals, and of course, the great restaurant Crama Sibiul Vechi.

Sibiu is a good base for day-trips to Hunedaora where you can visit the most impressive Gothic castle in Romania. Alba Iulia, a splendid Vauban citadel, is also nearby and a great tourist destination as well.

There is no doubt that the history of southern Transylvania was shaped by the Saxon colonists and nowhere is that more evident than in Sighisoara. Known as the Pearl of Transylvania, Sighisoara is easily one of the best preserved medieval citadels on the planet and, as they say, the only one that is still inhabited. The medieval German houses, the long defensive walls, the massive towers and the quaint little cobblestone streets make Sighisoara a perfect place to observe life from the past. It is a place where even the old wooden staircase used by the kids to go to school is still very well preserved.  If you think this is not enough, you can visit the house where Dracula’s father lived. It is said, although there is no evidence, that Dracula was born here. In any case, vampire fans shouldn’t miss the room where Vlad still sleeps in a coffin. Even stranger, the same house has a great restaurant where you can try the reddish Dracula soup. It is believed that this delicious soup is made of tomatoes and . . .  perhaps something else?

Come to Romania and visit its villages. Transylvania is the homeland of hundreds of picturesque villages. Many are preserved as they were hundreds of years ago, with dirt roads dividing the village in order to make room for the cows and sheep that move slowly to the fields. Sometimes you might have to stop for a gaggle of geese that cross the road on their way back home. Hop on a wooden cart and enjoy a ride with the locals.

Some of the Transylvanian villages offer interesting tourist sites such as churches, fortifications and castles. There is Viscri, a former Saxon village so unique that Britain’s Prince Charles bought a house there, Prejmer and Biertan, both boasting impressive UNESCO castle-churches. The mountain villages around Sibiu are scattered around the Western Carpathians – including some which are still Hungarian – are some of the most beautiful rural areas in Transylvania.

The Turda Salt Mine

Romania has a long tradition when it comes to its exploitation of salt, so perhaps that’s why the largest salt mine in Europe can be found here. Recently renovated, the mine in Turda is full of modern design and today looks ready for a role in a Batman movie. In fact, this is not just a metaphor. We’ve been told that there actually is a chance that the next Batman film will be shot in Turda. In use since Roman times, the mine went through a major expansion during the Austrian domination. Actual mining stopped a long time ago, though and the workers have now been replaced by tourists. Considered by many travel sites as one of Europe’s most interesting tourist attractions, the salt mine of Turda leaves a vivid impression with its long corridors, deep shafts, and modern lighting system. The small subterranean lake is perhaps the most unusual attraction, especially when you discover that there are boats which can be rented.

Transylvania is surrounded by the Carpathian Mountains, which makes it a perfect destination for mountain fans. The Transylvanian Alps, crossed by the famous Transfagarasan Highway, are the highest mountains in Romania and from Transylvania, they can be reached either from Sibiu or from some of the villages at the foot of the mountains. If hiking is not one of your major skills, don’t worry – there is a cable car to take you all the way up.

But again, Brasov might be the best base for those who like to enjoy the beauty of the Carpathians. Surrounded by the mountains, Brasov is close to peaks of all sizes.

The Western Carpathians is a region known for its picturesque and scattered villages, and for its limestone formations. It is here that you can explore some of the longest, deepest and best-preserved caves in the world.

There are many other sites in Transylvania, such as the city of Cluj Napoca (the largest in the province), the city of Medias, and the fortified Saxon churches. It would be impossible to mention them all here and now, so feel free to add your favorite places to the list. 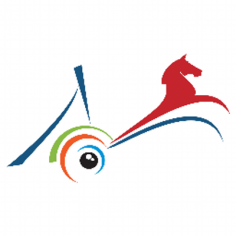