Cambodia, compared to its neighbours, Thailand and Vietnam, is a small player on the world tourism stage, still recovering from the raw and ravaged reign of the Khmer Rouge.  But with a big heart and a history way bigger than recent times, this rural, watery landscape has some rare treasures to uncover.

Wondrous temples, a thousand years old, from the ancient Khmer civilisation are to admire, some on the tourist route, some more remote.  Angkor Wat is the top tourist attraction in Cambodia and a world famous destination attracting millions of visitors every year.  The Bayon Temple is part of this magnificent temple complex which is instantly recognisable, a myriad of over 200 faces carved out of stone with curious expressions for onlookers to study.  Banteay Srei is a smaller temple with the beauty being in the delicate detail and intricate carvings of the rose-pink sandstone.  One of the more isolated and least accessible archaeological sites, almost lost in thick jungle, is that of Koh Ker and its seven tiered pyramid temple.

In the capital, Phnom Penh, more national treasures are revealed in the Royal Palace compound.  Elaborate Khmer sculptures and the awesome architecture of the Silver Pagoda which houses the Emerald Buddha of Cambodia and a life-size gold Maitreya Buddha decorated with thousands of diamonds, the largest weighing 25 carats.  There is also a richly coloured and detailed mural painted on the interior courtyard wall.  More of the country’s art and ancient artefacts can be found at the National Museum in the city and a stroll through the fabric-filled city market is an enjoyable way to spend some time.

The fabric of Cambodia is built on water from the Apsara dancers celebrating the female spirit of the clouds and water in Hindu and Buddhist mythology, to the relaxed beach town atmosphere of Sihanoukville and the undeveloped coast and islands in the Gulf of Thailand.  The Mekong River is life giving, not just for the people but also for the rare Irrawaddy Dolphins that inhabit a stretch of it.  Tonle Sap, the largest freshwater lake in Southeast Asia is also relied upon and of major importance, particularly to the ethnic Vietnamese communities living there in stilted and floating villages.

Where one can trek unexplored paths, walk with the elephants and sing with the birds, and in the faces of the people and those carved out of stone, see wisdom and understanding.  The wonder of Cambodia is a rare find in Asia’s new and modern age.

If you liked Cambodia, why don't you try.. 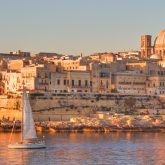 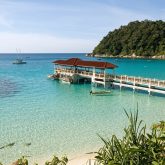 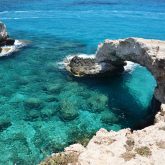