The fusion of Buda and Pest, Budapest, is the pivotal point of Hungary’s tourism, one of Europe’s most beautiful cities and popular tourist destinations.  Visitors are wowed by an impressive cityscape peppered with stately architecture: Buda Castle, the State Opera House, Matthias Church, and the neoclassical grandeur of Andrassy Avenue, a famous shopping and leisure area with some of Hungary’s best restaurants, theatres and finest boutiques.  With the Hungarian Parliament Building being compared to the Palace of Versailles, it’s no wonder Budapest is often called the Paris of the East.  There are lots of fun ways to see the city from the Cog-wheel Railway and Children's Railway to the Zugliget Chairlift that takes you high up into the Buda Hills for a bird’s eye view.  The famous River Danube cuts through the middle, so river cruises and boat excursions are enormously popular and you can always stand and gaze at the mesmerizing city lights from the eye-catching Chain Bridge or Liberty Bridge, if you wish.

Hungary is a land awash with thermal springs and ‘taking the waters’ has long been a tradition, dating back more than 2000 years to Roman times, with many baths introduced by the Turks in the 16th century.  This spa culture is an integral part of everyday life in Hungary, with all sorts of spa facilities and all manner of treatments available in towns and cities across the country (there’s even a red wine bath!).  Budapest (City of Spas) offers many varying styles and some of the finest examples from the traditional Turkish, Rudas Bath, to the Art Nouveau Gellert Bath and the Neo-Baroque palace of Széchenyi Bath and Spa, supplied by two thermal springs offering curative properties, the largest medicinal bath in Europe.

Regional tourism and Hungary’s second most important destination lies to the west.  Lake Balaton is the largest freshwater lake in Central Europe and is a designated nature reserve offering beautiful scenery and picturesque resort towns to explore.  Tihany is a favourite with its 17th century Benedictine Abbey, a lovely old harbour and lakeside promenade, surrounded by glorious countryside, particularly pretty in spring when the region’s almond trees are in bloom and summer when the fields are a sea of lavender blue.  The villages of the Great Hungarian Plain show a different side and insight into the traditional way of life, visit Hollókö at Easter time to witness an interesting and peculiar custom.  With a long rich history, Hungary has many forts, castles and palaces to visit.  Eger Castle is one of the best known, towering high above the delightful town of Eger with its medieval and Baroque architecture, restaurants and cafes.  The town of Sopron boasts a collection of 115 monuments and 240 protected buildings and the ruins of Visegrád Royal Palace, overlooking the Danube is an easy day trip (40k) from Budapest.

There is also an underground wonderland to explore.  The Aggtelek National Park protects the Caves of Aggtelek and Slovak Karst, Central Europe’s largest cave system and varied in size, the large Baradia Cave because of its acoustics, is used as a concert hall.  Hidden in the Bükk Mountains, Anna Cave has impressions of extinct plant species left in the limestone walls, Szeleta, relics from the Ice Age, and István fantastic stalactite formations, all within walking distance of the spa town of Lillafüred.  There are even caves underneath the capital, some in the Buda Hills, unique for having been formed by thermal waters.

Hungary’s popular pastimes include camping (more than 400 campsites) hiking, cycling, birdwatching, horse riding, hunting and fishing, almost half of the 130,000 hectares of rivers and lakes are used by anglers.  The Danube Bend, where the great river winds its way through the forested Visegrád Mountains, is a popular recreational spot where outdoor activities can be enjoyed.

Tourists may head for Budapest the beating heart and hub of Hungary, yet venture beyond the Pearl of the Danube and there is so much more to explore!

If you liked Hungary, why don't you try.. 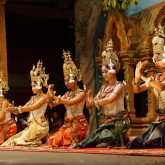 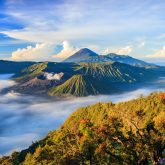 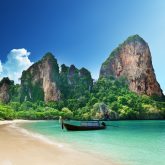