home / Ireland / Top Things to Do in Ireland

Ireland’s iconic craggy countryside and endless collection of medieval castles makes it an intriguing destination for many who visit the land of mythical traditions looking for the storied place they’ve read about in books and fairytales. Travelers to Ireland quickly become mesmerized with the culture and magnificent beauty that surrounds them at all four corners of the country. A road trip is the best way to see everything the country has to offer.

Many travelers choose to start their road trip in Dublin. Flights into the city are abundant and renting a car is a simple task. While you’re in town, check out the famous Guinness Storehouse. The number one tourist attraction in all of Ireland, the Guinness Storehouse is an enormous tribute to the country’s beloved beer, with seven floors full of beer related fun. Try some Guinness stout on draught from the 7th floor Gravity Bar while you’re there, and decide for yourself if it tastes better in Ireland.

The Book of Kells can also be found in Dublin. It is one of the more important artifacts in Ireland and currently housed in Trinity College at the Old Library. The ancient manuscript, written by monks in the 9th century, contains the four gospels of the New Testament, along with some other writings, the decorations and illustrations in the book are historically and artistically significant. They turn the page of the book only once per day.

Heading north out of Dublin, you’ll come upon Newgrange.  A prehistoric Neolithic monument in County Meath, Newgrange was built around 3200 BC, making it older than Stonehenge and the Egyptian Pyramids. It was used as a passage tomb and a temple for religious ceremonies. Newgrange is part of a complex of monuments built along the River Boyne. The complex is known as Brú na Bóinne and has been designated as a UNESCO World Heritage Site. The other two main monuments are Knowth (the largest) and Dowth.

The Giant’s Causeway is located in Northern Ireland and is one of the most popular tourist attractions. Giant’s Causeway is made up of more than 40,000 basalt columns formed by a volcanic eruption in which the lava cooled rapidly. The area is ensconced in folklore involving an Irish and a Scottish giant who were rivals. The Irish Giant, Finn, built the columns so he could step across to Scotland without getting his feet wet.

Traveling along the northern border of the country will take you past many of Ireland’s Castles.  Irish castles evoke mystery and folklore, fulfilling a fantasy land crush we’ve all had since we were children. There’s no better place than Ireland to immerse yourself in that fantasy. There are dozens of enormous, well-kept castles like Ashford, Kilkenny and Dunguaire, but you’ll also see dozens more forgotten and abandoned castles on your road trip. It’s hard to drive even a few miles without a sign pointing you to where cars have pulled off the road to catch a glimpse.

Located on the northwestern coast is Connemara National Park, which is a natural paradise covered in pristine lakes, jutting mountains and unspoilt beaches. If you enjoy nature and want to see Ireland in its most pristine form, this is the place to stop. It’s close to the fun and lively town of Galway where you can be entertained by some of Ireland’s traditional music and dance.

Heading south out of Galway, you’ll come upon The Burren. The limestone terrain of the Burren is home to one of the most diverse floras in Ireland with hundreds of species of plants growing in the unique growing environment, including some rare and elusive species.

Another of mother nature’s gifts to Ireland is the Cliffs of Moher. The cliffs stretch for more than five miles along the West Coast with their powerful presence that draws over one million visitors per year. The sheer cliff face (peaking at 700 feet) and rolling coastline, offers dramatic views.

South of the cliffs, you’ll pass through the town of Limerick before getting to the Ring of Kerry. This drive encapsulates the image of Ireland people have in mind. It will take you past majestic castles, ancient ruins and stunning scenery.

Killarney National Park is home to the highest mountain range in Ireland and at the foot of the mountains are some of the most pristine lakes in the country, drawing tourists wishing to hike and explore nature.

Finally, no traveler wants to miss a stop at Blarney Castle.  Built over 600 years ago and steeped in history, Blarney Castle is located just outside of Cork and is toured by millions of visitors from around the world.  Besides the architecture and the beautiful gardens, visitors flock there to kiss the Blarney stone, which is said to impart eloquence upon those who do. Just remember how many trillions of others have also kissed that stone!

From Blarney, it’s a beautiful drive back up to Dublin. All along the way, you’ll find yourself stopping to look at castles, take pictures of the countryside and just admire the beauty of Ireland. If you have a week or two to explore the country, this road trip is the way to go. You’ll see all of the top sights and get the true feeling of Ireland that you imagined. 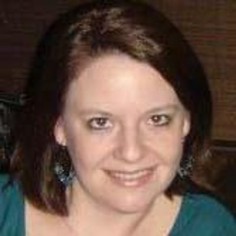