home / China / Rags to Riches: Journey along the Silk Road

Over 2,000 years ago, an envoy of the Han Dynasty (206 BC– 220 AD) named Zhang Qian and his band of wary travellers followed a treacherous path across the Gobi Desert, hoping to discover unseen lands and unknown kingdoms to the West. They were met with many trials but, in 126 BC, Zhang returned to the imperial capital and beguiled Emperor Wu with tales of exotic delicacies, rare jewels, and opulence beyond his wildest imagination. If you had been in Emperor Wu’s silk slippers, what would you have done? We’re sure you would have switched out those fancy shoes for a pair of walking boots in a pinch!

Nowadays those ancient routes have been all but washed away by the sands of time, but it’s still possible to retrace them and grasp your own little slice of the Silk Road. We started our journey in the city of Xi’an, which was once the imperial capital of Chang’an, and followed the well-worn path that so many traders, monks, and scholars had done before us. Buddhism entered China and blossomed via the Silk Road, so it seemed only fitting that our first stop should be the magnificent Maijishan Grottoes near the city of Tianshui. Cut deep into the rock of the mountain, these coves of Buddhist art were definitely worth the pilgrimage!

From there, we took the train to Zhangye and made a slight detour at the Zhangye Danxia National Geological Park. This may not have strictly been part of the Silk Road, but how could we resist a trip to the world-famous Rainbow Mountains?! With their colorful layers of mineral deposits, each rolling hill looked like a delicious cake just waiting for someone to take a bite. After that, it was time to get serious, so we took our train to the city of Dunhuang and prepared for the authentic Silk Road experience. We even contemplated trying camel meat, but chickened out at the last second!

With its illustrious past and melting-pot of cultures, Dunhuang is a city unlike any other. It is literally surrounded by the Gobi Desert, so it wasn’t long before we made the trek to Crescent Lake and enjoyed a (rather awkward) camel ride. Yet the highlight of our trip to Dunhuang was seeing the Yumen Pass and the Hecang Fortress, two ancient relics dating back to the Han Dynasty. The Yumen Pass is one of the oldest remaining gates belonging to the Great Wall, while the Hecang Fortress was an ancient military garrison. Faced with something this old, it was hard not to feel a little insignificant.

The final leg of our journey took us through the multi-cultural melting pot of Xinjiang, a region that has yet to be fully developed for tourism. As we set foot in the city of Turpan, we were greeted by the sweet smell of freshly baked naan bread, the muffled cries of traders in the bazaar, and the shimmering beauty of the locals in their traditional dress. It was a world outside of time, full of Central Asian flair that separated it from any Chinese city we’d ever visited. From the mouth-watering strips of spicy grilled beef that we sampled on a street corner to the dazzling lights of the night markets, it was as close as we’d ever come to a real merchant city.

Our final stop on this epic excursion took us to the Jiaohe Ruins. Jiaohe was once one of the focal oasis towns along the Silk Road and is over 2,300 years old! In spite of the fact that it was deserted long ago, it has been beautifully preserved by the arid climate. Walking past these long-abandoned earthen buildings, with only the silence of the desert surrounding us, was certainly an eerie experience. Barely anyone visits these ancient ruins anymore and we had the place virtually to ourselves, giving us ample opportunity to wander through the town’s dusty streets. It was the ideal symbol of the Silk Road’s forgotten glory, and made for a poignant end to our trip.

We at TanSuo are travel professionals who focus on off-the-beaten-track destinations throughout Asia. Want to follow the Silk Road in its entirety? Fancy visiting the ancient circular Tulou, which the FBI once thought were missile bases? Or feel like a challenging jaunt up Mount Hua, home of China’s most dangerous hiking trail? Well, we’re here to help! We use our expert knowledge to support you on your trip to some of the most beautiful, culturally enriching, and historically significant places in Asia. So, if you’d like to read more about the Silk Road or some of the other obscure travel destinations that can be found throughout China, please be sure to visit our website here. 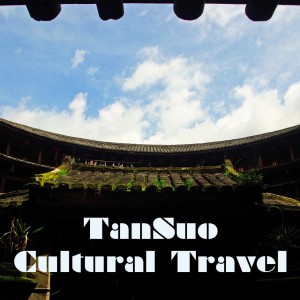