home / Australia / What’s So Great about the Great Ocean Road?

– William Shakespeare as he pondered what makes roads great!

After years of dreaming of Australia I made the decision, after graduating from uni this past July, to stop dreaming. I applied for a one year work holiday visa and bought a one way ticket.

One month ago I landed 17,287 km away from home in, what has been voted as the best place in the world to live, Melbourne. When trying to decide on my first day trip I asked locals for suggestions and all mentioned the great ocean road.  Anything with the word ocean in it has my interest, and it’s self proclaimed greatness piqued my curiosity, so I decided to hit the road and find out just what makes it so great.

If you can rent a car and spend your time making your way along the road, stopping as often as you please to check out the various attractions, soak up the views, and relax on the beach, that would probably be the best option. I decided instead, to do a one day tour. I picked this option because I’m a nervous driver when I’m in a new place and, that combined with the confusion of driving on the other side of the road, I think my trip would have been more stressful than enjoyable. The tour company I went with was Go West and I would recommend them to anyone thinking of doing a day tour from Melbourne.

The Great Ocean Road is (surprise!) a road, and is surrounded by some of the nicest scenery in Victoria. The 243 kilometre stretch of road extends along Australia’s stunning southern coast. It starts in the city of Torquay, Australia’s surfing capital and home to Bells Beach and all things surfing. Along the way there are numerous stunning beaches, picturesque seaside towns, a rain forest full of some of the world’s oldest trees and ancient plant life, plenty of nature and wildlife, and the 12 Apostles!

A picture is worth a thousand words, so take a look at some of my pictures from the places I stopped along the road, and you can can decide for yourself if the Great Ocean Road lives up to its name. It’s not just a road either, it is also the world’s largest war memorial, built largely in part by soldiers who had returned to Australia after the first world war and is dedicated to soldiers that fought and died in the war.
It’s known for being one of the most scenic driving routes in the world, and I think you can see by the pictures why that’s the case – it is one stunning beach after another.

There is lots of wildlife that you can see on this drive, including the ohhhh so cute I wanna hug you koala bears. Our tour guide got me super pumped up to see some. Up to this point I hadn’t seen any Australian wildlife so I was pretty excited about seeing some seriously cute little koalas. We stopped by a wooded area which, apparently is the koala hang out spot in the area. The bears can easily be found by following the trail of tourists staring up into trees and taking pictures. We managed to find two but they were way high up in trees and I couldn’t make them out very well. By the way, did you know that koalas sleep 20 hours a day? I thought I slept a lot but that’s truly impressive. Bravo koalas! 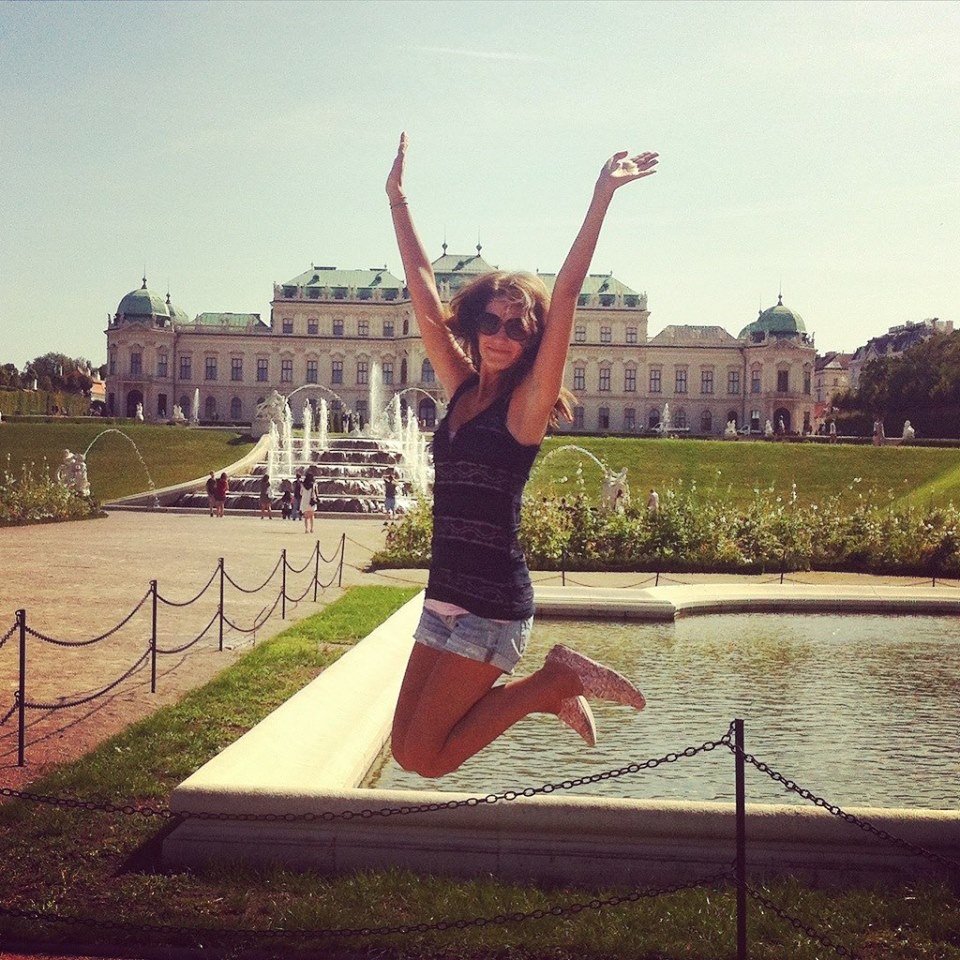