Go wild and think big in Bolivia! From the Andes to the Amazon, a central, South American country encompassing stunning and biologically diverse environments; far-reaching habitats from the rainforest jungle of Madidi National Park in the north, to the white salt flats and rainbow-coloured mineral lakes of lunar-like Eduardo Avaroa National Reserve in the south.

Travel attractions and activities: Lake Titicaca, the world’s highest navigable lake.  Oruro Carnival, one of the largest cultural events in Latin America.  Potosi, one of the highest cities in the world and nearby mountain, Cerro Rico with its notorious silver mines.  Tiwanaku, ruins of an ancient Pre-Colombian city state, recognised as one of the most important precursors to the Inca Empire.  Sucre, with an air of aristocractic sophistication in its Spanish colonial architecture.  Yungas, the “World’s Most Dangerous Road” and ultimate mountain bike challenge.  Drive across Salar de Uyuni, 4,000 square miles of cemented salt flats formed by a prehistoric lake, most spectacular after rain when the ground below mirrors the sky above with sensational effect.

Think you’ve seen it all? Believe in more.  Bring on Bolivia!

If you liked Bolivia, why don't you try.. 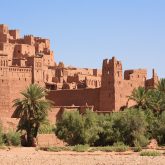 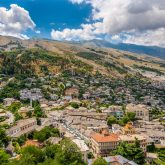