Perhaps best-known to holidaymakers for one of it’s more famous islands, Bali, Indonesia is the largest archipelago in the world.  However, with over 17,000 islands to explore and more than 500 languages and dialects spoken, visitors should be encouraged to experience the fascinating customs and unique lifestyles of some of the 250 million inhabitants.  On the island of Sulawesi, the Toraja people have an extraordinary tradition when it comes to funeral rites, their architecture is pretty amazing too, huge peaked-roof houses known as tongkonan rise up from the jungle.  Baliem Valley, in the highlands of Western New Guinea and the Dani tribe were unknown to the outside world until 1938.

Komodo Island is part of the Komodo National Park and particularly notable as the natural habitat of the Komodo dragon, the largest living reptile (reaching 10 feet / 3 metres or more in length).  In the Bunaken Marine Park you can see more than 70% of all the fish species that live in the western Pacific ocean and Bunaken is one of Indonesia’s most famous dive and snorkelling locations (best time for diving April - November).

Natural phenomena worth shouting about include the island of Sumatra, where a gargantuan volcanic eruption, approximately 70,000 years ago, formed the largest resurgent caldera in the world.  Lake Toba now fills the caldera, with the island of Pulau Samosir sitting in its midst, in turn containing two lakes.  Mount Bromo, part of the Tengger massif, in East Java, is a major tourist attraction.  You can walk from the village of Cemoro Lawang (about 45 minutes) or take a jeep tour and watch the smoke billowing from the active volcano, like the breath of a sleeping dragon, rising up from the surrounding plain of fine volcanic sand known as the “Sea of Sand”.

Java is also home to Borobudur one of the most famous of all Buddhist temples, a UNESCO World Heritage Site built in the 9th Century during the reign of the Sailendra dynasty.

A consummate island destination, the beaches of Bali are enticing for sure, but why not let the national motto of Indonesia, “Unity is Diversity”, inspire you.  This place could be the answer to your adventurous dreams, take a leap of faith and try the road less travelled. . .

If you liked Indonesia, why don't you try.. 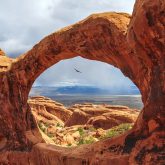 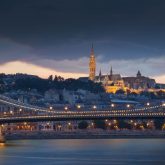