Wine Spectator reveals the results from the interesting survey that Sonoma State’s Wine Business Institute holds annually. The survey is of American wine consumer preferences. The interview covers consumers between 21 and 68 years old.

The results were mostly in line with expectations, apart from some last year’s news, such as the consumer growth for Pinot Noir wine (the market is growing), as many as 50% of respondents included the Chardonnay wines in the favourites list. 40% chose the Pinot Grigio.

More than half of respondents prefer a fruity, sweet and soft wine. Only 26% is oriented on a dry style wine. “This is the perfect example of the American palate”, said Liz Thach, the wine business professor at the Sonoma State University.

In fact, the culture of wine and food in the US is starting relatively now, only in the last 10 years have we seen a real change in the habits of Americans. Before, wine was only one of many drinks, available from the wide range including soft drinks, juices, diet sodas, etc. American taste is still immature and unsophisticated, as revealed by Leonardo Lo Cascio in the interview, just to think about the per capitaconsumption of 10L in USA vs. 34L in Italy, but it is also true that Americans are changing and more and more are choosing good wine to dine, especially at the restaurant or in the clubs.

26% of those who prefer a dry wine, confirming a prediction that Lo Cascio had done years ago, about Prosecco as protagonist for the future. Consumption in the United States in 2015 increased by 35% and allows Italy to maintain the primacy as global values over France, won already in 2014 (Nielsen data).

THE IMPORTANCE OF PROSECCO

The importance of Prosecco on the “sparkling US market” continues to grow up. 61% on the Italian sparkling total sold in USA (2015), and 26% of total imported and even 13% of all sparkling wine carried by supermarkets and liquor store.
Prosecco has all the credentials to become “the wine for cheers” even in the US, it’s fruity, aromatic and not too complex, the soft bubbles and a low alcohol content are ideal for the average consumer who is drinking wine in the restaurant, at a party, in a club or for a celebration.
Started to think and feel this wine as unique and not categorized with others (e.g. Champagne) has taken many years. It all started with the advertising campaign “Here’s Prosecco!”, the slogan with which it was introduced into the US market, a wine, which experts think could become “the Italian wine most consumed in America.”

Prosecco, an increase of sales in the US by 35% in volume and 36.55 in value, at an average price of around $12 per bottle, pulling in US sales (+6%) of Italian sparkling wines category that now accounts for half of Made in Italy wine exports. This was said at the opening of Wine2Wine, forum of the Vinitaly wine business today and tomorrow at VeronaFiere, Danny Brager, senior vice president for US Beverage Alcohol at Nielsen, highlighting that ”Prosecco question exceeds that of Champagne throughout the year, except during the Christmas holidays. And Prosecco growth has increased the sparkling wine purchases without eroding the market share of other wine, getting one out of three wine lovers who had never bought Italian sparkling wines before. While 35% of young US consumers admits to having chosen prosecco, in the last year, following the fashion. Moscato is growing too, which is preferred especially by Hispanics and women”.

The increase of Italian wine in the US is driven by the Millennials generation, nearly 70 million young Americans between 21 and 38 years old.

Selling wine in a competitive market like the US “It’s like going offshore. To fish… – said Danny Brager, … you have to go where the fish are. And young Americans, Millennials generation, are driving the recovery in consuming wine at home with friends, supermarket sales, in wine bars or places where you buy and you can also have a collective experience of wine tasting”.

In the US you buy and drink wine to take away at the beach.  As in the cafeteria, Starbucks, for example, which now has a licence to sell wine during the evening in two thousand points of sale. Brager said: “In a year, take-away wine grew by 3.1%, more than beer + 2.69%, and is driving the recovery that involves spirits + 3.5%, in particular Cognac, Whiskey and Cocktail”. 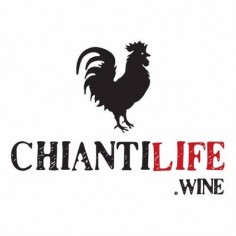