Weymouth is a seaside town in Dorset, a gateway situated halfway along the Jurassic Coast and home to the 2012 Olympic/Paralympic sailing. Weymouth is connected to the island of Portland via the A354.

One of Portland’s most popular tourist attractions is Portland Bill Lighthouse, with a newly renovated Visitor Centre containing interactive displays, historical artefacts and a stormy sea experience, “Into the Dark”. Portland is also famous for its stone, quarried on the island and used in buildings throughout the British Isles and in world architecture, some notable examples are St Paul’s Cathedral, Buckingham Palace and the United Nations building in New York City.

The Weymouth Sea Life Tower is an observational tower in Weymouth that is situated next to Weymouth Harbour, where it overlooks Weymouth town.

Nothe Fort is situated at the end of the Nothe Peninsula, which juts eastwards from the town of Weymouth, and Weymouth Harbour, into the sea to the north of ex-military, Portland Harbour. The fort is located next to Nothe Gardens. The coastal defence was built between 1860 and 1872 by 26 Company of the Royal Engineers to protect Portland’s harbour, which was then becoming an important Royal Navy base. Shaped like the letter D, the fort’s guns covered the approaches to both Portland and Weymouth harbours. The design included bomb proof casemates for cannons arranged around the circular sides, and deep magazines beneath the straight, landward side. The fort played an important role in World War II, when the harbour was used as a base by the British and American navies.

Lodmoor Country Park:  Watch out for returning migrants just arrived in the UK, like swallows and martins getting their first food over British soil as they swoop and swerve over the reedbeds, filling up after the long journey from Africa.  Listen to the reserve coming to life as the reedbeds start to fill with the reeling song of warblers and the squealing calls of water rails; the bushes fill with songs and calls of Cetti’s warblers, thrushes and finches.  Look out for a wide range of plants along the path, borders splashed with the multi-coloured wonder of our spring flowers and the growing green shoots of the reeds themselves, which will be two metres high in just a few weeks! 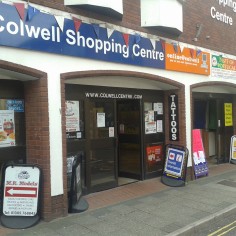