home / Greece / Things you should know about Santorini

Do you know a universal place that would fit any type of holiday? Well, we think it is Santorini island! The place is perfect for an unforgettable honeymoon or a cozy family rest, as well as having entertainment and activities for young people too. In such a manner, the “Lost Atlantis”, which has actually been found already in the place of Santorini, has the perfect combination of both historical heritage and modern recreation.

You must be wondering how an island can answer all of our wishes possessing the territory of only 76 km²? Well, miracles do happen, and Santorini is one of them. The volcanic caldera can be observed during the participation in a Santorini Guided Tour or Santorini Private Tour. This most picturesque and tranquil lagoon in the Aegean Sea has magnetized tourists from all parts of the world – yet imagine for a moment, how something so beautiful has descended from something so monstrous, a volcanic eruption. Take a Santorini Sailing Tour and see for yourself…

You can experience the result of 3,600 years of history. Stepping off a cruise liner for a while and taking part in a Santorini shore excursion. The breath-taking terraces of the ancient city are blessed (the island’s name comes from the Latin Empire times and can be translated as “Saint Irene”) with snow-white tiny houses, whose blue roofs serve as a link between serene sea and cloud-free sky. Can you define the transition? Standing on the island and believing that your dreams may come true, you suddenly realize that photo images become a reality.

If on the island you have to take care of your airport transfer and/or transportation around the island in general, there are only 39 taxis available to explore “Thera” (not “Incognita”). Thera is the official name of the land, however, “Santorini” is also frequently used around the globe and more widely recognised as a tourist destination. A comfortable taxi will take you to your chosen destination and let you observe the marvellous island from different perspectives. Santorini Transfer is always associated with high quality and resembles more of a short excursion than a standard transportation service.

Have you ever seen black beach sand? If not, then you have the opportunity to meet it in Santorini. The volcanic sand is one of the many pleasant surprises this place has to offer you. Many Hollywood celebrities have chosen to own real estate on the island due to its spectacular views. One should make a remark that it is not that easy to get to Santorini because the number of tourists who would like to see this unique place is high, and being an island the territory has its borders. Thus, the majority will indeed plan their Santorini holidays in advance, in order to secure their reservation.

Another of Santorini’s specialties is its inimitable wine. The climate is favourable for God’s taste. For example, the wine named “Vinsanto” is a limited edition which is directly transported to the Patriarch of Rome Himself. He regularly enjoys its naturally made sweet flavour, and its export is forbidden for mass sales. The soil here also produces some of the most delicious tomatoes in the world.

To summarize – if you are looking for new emotions, unforgettable experiences, and spectacular landscapes that appear photoshopped but are really not! Go to Santorini, and you will never regret choosing it. 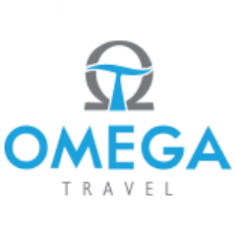