home / England / The Hills are Alive!

As the end of our final year at college came about, we all thought it would be nice to spend a week together relaxing and catching up before we went our separate ways.  We decided to book a house in Shropshire, trekking out into the country.

Little Brampton Farmhouse (sleeps 30 people) was perfect for a group get-together.  Located near the Welsh border, Clunbury was the village (if you can call it a village) just a few houses really and we did feel like we were in the middle of nowhere surrounded by forests and hills dotted with grazing farm animals.

Less than a 20 minute car drive away was the slightly more cosmopolitan, ha ha, town of Ludlow, home to all basic amenities such as Tesco and Boots.  You might say to yourself that being in the middle of nowhere would render a group of crazy college kids, incredibly bored.  However, being in the country introduces you to a whole new variety of activities that just aren’t possible in a city.

We took regular walks up and over the hills and discovered many lovely landscapes which was a perfect remedy for those extremely hung over mornings.  Although if you’re looking for something a bit more adventurous, fear not, as there is an activity centre 20 minutes away offering a wide range of sports such as paint balling, quad biking, rock climbing and many more.  There was also the opportunity to go kayaking and canoeing in nearby rivers.  There was really no reason for anyone to be bored.  Paint balling did result with a few bruises I must admit.

The house itself was rather traditional hence lacking modern necessities such as good wifi (yes, internet is a necessity to anyone under 25).  Nevertheless we spent most of our evenings in the Jacuzzi and sauna, listening to music and socialising and I admit probably nice to be disconnected for a long weekend.  Although not much good in an emergency because you couldn’t get a mobile phone signal for love nor money!

With a huge dining and breakfast area, meals were like feeding time at the zoo, however this just added to the atmosphere and we all appreciated the opportunity to make as much noise as we liked, being out in the sticks!  Late nights in the basement seemed to be Lad-Central mainly due to the English Pool table, which kept us boys amused well into the early hours. 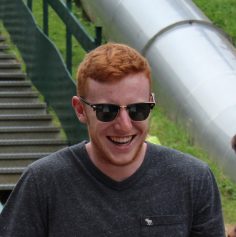