I have finally decided to write a blog about Rome. I am a Cape Townian by location and I love it, that being said, the place that has captured my heart is Rome. Now, I have traveled around a bit and seen a few places, not as many as I would like, but that will change one day soon. You know when you go somewhere and you fall in love, kinda like love at first sight, but more like site – get it – Rome definitely did that for me.

We arrived in Rome around 3 in the afternoon and got into our hotel around about an hour and 15 minutes later. We had been up all night with horrendous transfers and such, hadn’t slept and so were pretty exhausted. When we got to the hotel room on our first ever night in Italy we all had to have a mid afternoon nap. Bear in mind it was around about 38 degrees and we had just come from South African Winter. We finally woke up at around 7:30 and I decided for my family (mom, dad and myself) that we were going to see the Colosseum all lit up and to get my Italian Pasta on…

After about 20 minutes of walking through little streets and me swooning at everything, we finally made it to the Colosseum and I teared up…  It was the most beautiful thing I had ever seen. Years of reading about the Romans in history textbooks and finally I see the wonder of Roman Civilization!

Oh what I wouldn’t give to go back. I just felt so at home in Rome, comfortable, and I won’t lie, I starting picking up Italian rather quickly, much to the surprise of my parents. The people are just so friendly and I can understand their way of living. La Dolce Far Niente – the art of doing nothing and yet they look so fabulous doing it.

Being tourists we did all the touristy things. We went to the Trevi Fountain and tossed a coin over our shoulders, which actually only came around in the 1950’s after the movie ‘Three Coins in the Fountain’ was released and also after the incredibly popular ‘Roman Holiday’ starring Gregory Peck and Audrey Hepburn. We did the Forum and the Colosseum and spent 2 Euros on a map that showed us what it would have looked like when it was in its prime – the Romans and their architecture – gotta love them. We also visited the Vatican and went through the museum. If you are going MAKE SURE you buy tickets before hand so that you can skip the queue. We walked past people who had been standing there for nearly 3 hours and it was only 10 in the morning.

While in Rome (we were there for 8 days) we also planned some other trips away from the capital. Down to the Amalfi Coast (another must see) and to Florence where I had another emotional moment when I saw the ‘Birth of Venus’ painting. 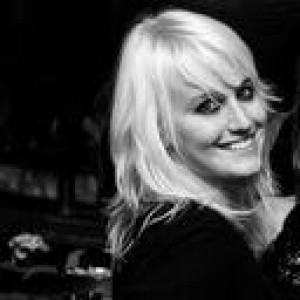