home / Malta / A Journey Through Time in Valletta

Any visit to the beautiful Mediterranean island of Malta will lead you to the ancient capital city of Valletta. The small fortified citadel, once bastion of the Knights of St John, is an incredible, rewarding dive into a profound history that will leave you wanting more. Despite its diminutive size, the depth of history and culture in Valletta is astonishing and there are few other places on the planet that boast such ancient streets and richness of heritage.

The ancient stronghold was built by the crusading Knights Hospitaller, or Order of the Knights of Saint John of Jerusalem in the 16th century. The fortifications have held fast against medieval arabic invaders and, more recently, Axis air raids during the Second World War. The incredible legacy of the Maltese people was recognised with the awarding of the George Cross to the whole country after the War. While the bombing destroyed many buildings in Valletta, you would not realise it walking through the narrow streets. The wooden balconies of Renaissance residences punctuate the stone walls, worn by centuries of weathering.

The fantastic churches are the younger successors to Malta’s millennia old monumental constructions. Despite being several hundred years old, they are infantile compared with the prehistoric megalithic temples found all over the island. A 15 minute bus ride to nearby Tarxien will allow you to see the Tarxien Temples. Built over 5000 years ago, the neolithic holy site makes anything in Valletta look modern. Back in the capital, the nondescript entrance to the Church of St Paul’s Shipwreck belies an incredible interior. The stunning church contains relics of the saint, including a wrist-bone and half of the column St Paul was decapitated on in Rome. The real gem of Valletta is the enormous St John’s Co-Cathedral. Unbelievably glorious inside, the cathedral, completed in 1578, is a testament to the power and wealth of the Knights of Saint John. Each of the eight langues (divisions) of the order have their own beautifully appointed chapel within the cathedral and the floor is made up of the marble inlaid tombs of knights.

As you wander around the plazas and alleys of Valletta, the smell of food follows you around. Take a seat in Republic Square and have a coffee accompanied by a pastizzi, a ricotta cheese or pea filled pastry that flakes apart to reveal its steaming interior, or walk the streets with a more substantial qassatat cheese pastry for breakfast. At lunchtime duck into an unassuming hole in the wall and sit down to a ftira flatbread filled with Ġbejna cheese from Gozo, Maltese sausages, capers, olives and tomatoes. After a long day exploring the wonders of the city, one of Valletta’s incredible eateries can supply you with a traditional maltese dish like Stuffat tal-Fenek, a rabbit stew made with red wine and tomatoes and de facto national dish, or a hot bowl of minestra vegetable soup.

Visiting Valletta is an unforgettable experience that will remain with you when you leave. The atmospheric streets and structures will imprint themselves on your memory and the tastes will linger on your palate. 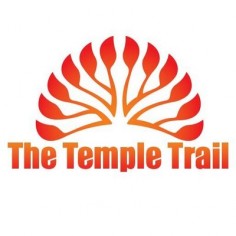