The easiest way to get to Ha Long Bay is to join a tour from Hanoi that includes bus and boat transport to the area. I was recommended by True Color Tours in Hanoi, the Alova Gold Cruise boat in the medium range for a 2 day, 1 night stay.

I was staying with a friend on the other side of Hanoi, so I made my own way to True Color Tours in the old quarter of Hanoi to meet the bus at 8am.

The bus was a small coaster style bus with rather comfortable seats. We went from tour office to tour office and a couple of hotels to pick up the rest of the people coming on the tour. Each new person on the bus brought a friendly hello followed by slightly awkward silence.

We had a group of 11 in total broken down into 3 Australians (including me), 2 New Zealanders, 1 American, 1 German, 4 Filipinos and 2 Dutch (joining us later).

The bus trip took 4 hours with a stop over at an arts centre for disabled people where we could purchase nicknacks, drinks and food.

Now if you look up the distance between Hanoi and Ha Long bay, there’s no way it should take 4 hours right? Well the speed limits are enforced and the bus is only allowed to do 60km/h.

The company the tour was with was Alova Gold Cruise. Our tour guide introduced himself, then said because of the different inflections with accent, he’d like to be called Mr Tickets as if we got his name wrong, we’d be calling him a woman. Ouch.

Mr Tickets was very informative without being overbearing. He also gave us an insight into the life of everyday Vietnamese people from how families live, how things have changed with the government over the years, tourists and more.

The boat from the outside looks a little tired, but inside it is well maintained and comfy. On the bottom deck –  a few spacious rooms with ensuite bathroom and, I suspect, crew quarters at the rear. On the mid deck was the dining room and bar, kitchen and a couple more rooms, and on the top deck were sun lounges and a seating area.

The room itself has a double bed and a single bed. Plenty of room, even for those larger and taller of the species, to stretch out. The shower has a rain shower head on it and the water was nice and warm. The mattress was a perfect balance for comfort on the boat.

Besides drinking and sunning yourself on the top deck of the boat, they had organised a few activities for us.

Ti Top Island had a beautiful vantage point from the top that overlooked the bay. Some spectacular photos could be taken from here. It is a very steep climb up some narrow steps so make sure you’re well hydrated! There are refreshments available at the bottom and halfway up so bring some money.

On this island there is also a swimming area which is marked out and quite refreshing.

At sunset you get taken on a kayak out through the bay and upon returning to the boat it’s time for a shower and a cooking lesson.

The cooking lesson for us was making traditional Vietnamese rolls which we got to eat later on.

After the cooking lesson it’s then time for happy hour and socialising while waiting for dinner to be cooked. The cocktails are very tasty so get in early, once everyone starts ordering you might have to wait a while for your drink, as it is 2 for 1 cocktails!

After dinner there’s more drinks and socialising before turning in for the night.

In the morning breakfast was around 7am with a nice selection of eggs, bacon, pancakes and more.

Awesome Cave is made up of various spaces with lighting throughout. Getting there early seems to be the best way not to get caught up behind large groups, but some spots are quite tight so be patient, you’ll get through it.

Throughout the cave there are various formations that have been given names so have a listen to your tour guide as he/she will explain what each one is.

After the cave we went back for another shower, to pack up our rooms and then head back to the mainland for lunch and our bus ride back to Hanoi. On the way back the crew manager showed us how to make vegetable flowers with everyone promising to practice when they got home.

Lunch time was held at a Vietnamese restaurant near the boat ferry, it was a set menu with a heap of dishes brought out and was quite filling. If you have any allergies make sure you let the tour company know prior to booking so that they can accommodate you.

All in all, there’s over 1,500 km² to explore in Ha Long Bay but you couldn’t possibly do it in 2 or 3 days. There’s so much to see, so many activities and yes, even the floating village (not on this tour) seemed like something that would be interesting to see. We were approached by some of the villagers to buy quite a few things when we returned to the boat each day, including one of the villagers asking if I wanted to buy a wife!

If you’re visiting Hanoi, set aside a few days and head out to Ha Long Bay. You won’t be disappointed.

By The Rambling Beardo 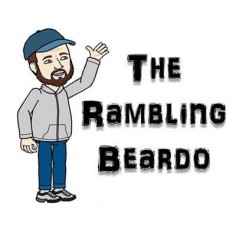 More posts by The Rambling Beardo