0645 – 0700 Hrs    As Per Your Train Schedule Our Driver will Pickup from Delhi Hotel and Transfer you to H Nizamuddin Train Station.

Your train, Gatimaan Express, departs From H. Nizamuddin Railway Station on its approx. 01 Hour 40 Min Journey to reach Agra, beautifully situated on the banks of the River Yamuna.  Agra achieved prominence as the capital of the Mughal Empire from 1526 to 1628.  Today it is a major tourist destination owing to its many splendid Mughal-era monuments, most notably the Taj Mahal. Tea & Breakfast will be served on the train.

On arrival at Agra, pickup from Railway Station by our Representative / Guide.

Visit the Taj Mahal, a poem written on white marble. This is one of the seven wonders of the  world.  According to legend, Emperor Shahjehan was so grief-stricken at the death of his wife, Mumtaz Mahal that he decided to erect a memorial to her, which would be unsurpassed in beauty and grandeur. With a huge labor force of 20,000 people, it took 21 long years to complete this masterpiece.

Agra Red Fort was designed and built by the great Mughal ruler, Akbar, in about 1565 A.D.  It was initially built as a military establishment but later on his successors made many additions to the main structure.  Several Mahals, which were built afterwards, converted half of the structure into a magnificent palace. The Red Fort in Agra encompasses a radius of three kilometres and is bordered by a wall, which is 70 foot tall. Two walls made of red sandstone surround the fort. The Red Fort has four gates. The fort once contained many more buildings but just a few now remain. The most eminent of these is the Jahangiri Mahal; a multi-storied palace built by Akbar for his Begum, Jodha Bai.  Among the other important structures that still remain are the Mausam Burj, Diwan-i-khas and Shaha Burj.

Evening Free at Leisure OR Explore the Market of Agra – Rich Heritage of Handicrafts/Souvenirs. Agra is famous for Marble Inlay Work with original Stone Gems. Agra has many local handicraft shops located near to the major attractions such as the Taj Mahal and Agra Fort.  There are many works of craftsmanship to choose from, ranging from souvenirs made with the famous Agra marble to traditional cloths, scarfs, religious displays and paintings etc.

1700 Hrs    Transfer to Railway Station to Board Superfast Gatimaan Express Train to Delhi.

1930 Hrs    Arrive Delhi – Our Chauffeur will Pick Up from H Nizamuddin Railway Station
and transfer you back to the Hotel. Your tour ends with sweet memories of Same Day Agra Trip by Train (Gatimaan Express). 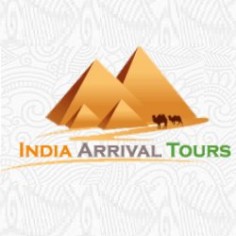