One of the lesser explored destinations of the world, the North-east of India! Nagaland is mostly mountainous except those areas bordering Assam valley. Let us see five of the many reasons why you have to explore the unexplored:

1. Colorful Naga Culture at Hornbill Festival – Known as the ‘festival of festivals’, the Hornbill festival is celebrated every year in December. The festival showcases a melange of cultural displays under one roof. It is the right place to be for someone who loves to explore different cultures.

2. The War Cemetery in Kohima – A WWII war cemetery in the Kohima district of Nagaland. The cemetery is set in peaceful surroundings with well-manicured grassland, in which roses bloom in season. The cemetery is sited at the exact location where the battle between British and Japanese troops was fought, and provides a panoramic view of the town of Kohima. It is marked at its two ends by tall, concrete structures engraved with the cross.

3. Kohima Camp – which only sets up for 10 days! Kohima Camp coincides with the Hornbill Festival on an annual melange of cultural displays from all 16 tribes of Nagaland, showcasing the rich heritage and cultural pageant. One of the most luxurious camps across India, it takes about 15 days to set up one tent, with all the facilities, nobody would ever expect in such a remote area!

4. Wildlife Spotting in Intanki Wildlife Sanctuary – On a visit to this wildlife sanctuary, you can spot some of the rare, indigenous and exotic species of Nagaland. Tiger, Golden Langur, Hornbill, Black Stork, Monitor Lizard, Sloth Bear and Python are amongst the most commonly found species in this park.

5. Explore the Mysticism in Mount Tiyi – One of the most mystical places in Nagaland, Mount Tiyi is also known as the ‘Mountain of Life’. According to legend, the mountain has an orchard that can only be explored by the most humble and pure souls.

For tours to such places in India and the subcontinent visit alluringindiadestination.com 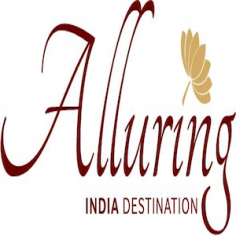