This tour takes you further into Bhutan, visiting the central districts of Trongsa and Bumthang. The highlights of this tour include visits to Bhutan’s old fortresses and sacred monasteries, national animal sanctuary, and a hike to Taktshang Goemba, one of Bhutan’s most venerated pilgrimage sites. You have the option to fly to Bumthang from Paro by domestic flight.

The flight into Paro will provide you with a spectacular view of the Himalayan mountain ranges. During the descent one can enjoy a panoramic view of the Paro valley. Upon arrival, you will be received by our representative at the exit doors of Paro International Airport. We will then drive to the capital city Thimphu, a short 1-1hr 20 minutes drive from Paro.

Upon reaching Thimphu, a visit to the National Memorial Chorten, built in 1974 as a memorial to the third king of Bhutan. Next on the itinerary will be a visit to Changangkha Lhakhang, a popular fortress-like temple perched on a hill overlooking the Thimphu valley. We will then move towards Buddha Point where a 50m tall Buddha Dordenma is currently in the final stages of completion.

If time permits, the day will end with a visit to the Takin Zoo – the Takin is the national animal of Bhutan. On the drive back to your hotel, you will see the Tashichhodzong, which houses His Majesty’s secretariat, office of some of the ministries, and the central monk body. You will spend the night in your hotel in Thimphu.

After breakfast, we will start the 3 hour journey towards Punakha. On the way, we will make a brief stop at Dochu-la pass (3,140 m above sea level) where, on a clear day, one can enjoy an incredible view of the Himalayan mountain ranges. This is the place with an impressive collection of 108 chortens and where there is a hill side marked with an array of prayer flags. As you drive down towards Punakha Valley, you can enjoy the view of the hillsides filled with rhododendrons in full bloom, during the months of April and May.

Before entering Punakha, you will visit Chimi Lhakhang, built by the cousin of Lama Drukpa Kuenley, who is more famously known to the western world as the Divine Madman. Drukpa Kuenley is considered a symbol of fertility and couples that have difficulty conceiving often visit the temple to receive blessings. After lunch at the Chimi Lhakhang cafeteria we will head towards Punakha.

Punakha was the old capital of Bhutan till the mid 1950’s. It was built by Zhabdrung Nawang Namgyal in 1637. It is the winter residence of the chief abbot, Je Khenpo, and hundreds of monks who move from Thimphu to Punakha and reside here during the winter months. It is a perfect example of Bhutanese architecture with pillars carved out of cypress trees adorned in gold, red and black colours, thick buttressed walls, and three large courtyards. You will spend the night in your hotel in Punakha.

After an early morning breakfast, we will start the 7 hour journey towards Bumthang. En-route to Bumthang we will make a brief stop at Trongsa to visit the Ta-Dzong (watchtower) which has been converted into a museum. The museum boasts a large collection of Buddhist art and royal memorabilia. The most sacred item on display is the Padma Kathang, a biography of Guru Rinpoche, written by one of his consorts, Khando Yeshe Tshogyel.

We will then continue on towards Bumthang on the steep winding road, passing through Yutung La Pass (3400m) before finally reaching Chhumey valley. You will spend the night in your hotel in Bumthang.

After lunch, we will continue sightseeing and visit Mebartsho (Burning Lake) where Terton Pema Lingpa is believed to have found treasure hidden by Guru Rinpoche. You will spend the night in your hotel in Bumthang.

On day 5 you will take the domestic flight to Paro International Airport where you will be received by our representative.

In the afternoon, a trip to visit the ruins of Drugyel Dzong, built in 1646 by Zhabdrung Ngawang Namgyal to commemorate his victory over the Tibetans in 1644. Drukgyel means ‘the fortress of the victorious Drukpas’.

On the way back, if time permits, we will take you to see Kyichu Lhakhang, one of the oldest temples in Bhutan. It was built in the 7th century by the famous Buddhist Tibetan King Songtsen Gampo. You will spend the night in your hotel in Paro.

After breakfast we will start the 2 hour hike to Taktshang Goemba, which rests at an altitude of 900 metres above the valley. Taktshang, meaning the ‘Tiger’s Nest’, is one of Bhutan’s most venerated pilgrimage sites and is a very popular site for all tourists visiting Bhutan.

According to legend, Guru Rinpoche miraculously flew here on the back of a tigress, meditated in a cave for three months and converted the whole of Paro valley to Buddhism.

In the evening we will head towards a farmhouse where you can experience the traditional farm lifestyle while also enjoying a hot stone bath to help you relax after a long day of hiking. Enjoy an authentic Bhutanese dinner at the farm house. You will spend the night at your hotel in Paro.

After breakfast at the hotel our representative will bid farewell to you at the airport. We wish you a safe journey towards your next destination. Tashi Delek.

Plan your trip with us. 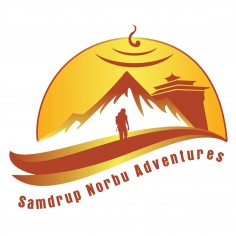