Lonely Planet announced their “Best in travel 2016” and the award for World’s No.1 region to see, went to Transylvania, Romania!

Often, Transylvania is associated with the name of Dracula – Bram Stoker’s fictional character who overshadows the existing jewels of this land. The man behind Dracula is Vlad Dracul the 3rd – Romanian prince of Wallachia. The name Dracul (Draco) comes from his father, a man invited into the Order of the Dragon by the Holy-Roman emperor to protect Christianity against the Ottomans. Vlad Dracul won several brilliant victories against the Ottoman Empire through grisly tactics.

Alba Iulia – capital of Roman Dacia and seat of the XIII Gemina Legion. Capital of medieval Transylvania. The place where the modern state of Romania was born.

Cluj Napoca – a city founded by Romans and currently considered an “art city of the future” (Phaidon).

Brasov – founded by the Teutonic Knights in 1211 on top of a Dacian site, it was later settled on by Saxons. Laying at the feet of Mount Tampa, its medieval core is very well preserved and comprises bastions, fortifications, a myriad of cobbled streets and the famous Gothic Black Church.

Sighisoara – UNESCO protected Saxon citadel and the best preserved of its kind in Europe. The moment you step in, it burns into your memory and makes you wonder whether it’s all just a dream: narrow streets, colorful 16th century houses, craft guilds, the Clock Tower and much more.

The Carpathian Mountains have blessed Transylvania by surrounding it with their might and acting as natural protectors. Regardless, the passageways represent the only weak spots and those are the places for some of the greatest castles you’ve ever seen: Bran Castle (Dracula), Corvin (Huniade), Bethlen-Haller, Fagaras and Rasnov.

Villages – tales from the past

In Transylvania there are 150 fortified Saxon churches & villages, usually around 800 years old.  Currently, 7 villages are listed as UNESCO sites. By visiting them, you’ll feel like a kid entering a fairy-tale land. A few good hints: Biertan, Saschiz, Prejmer, Valea Viilor or Viscri. The latter is famous for being promoted by Prince Charles of Wales, who even bought a traditional house in this timeless place.

When was the last time you saw a real blacksmith, a woman weaving, wild horses or wood crafting? No, don’t speak of re-enactments. Transylvania is an ancient land and, by leaving aside the modern thrills or medieval marvels, you’ll reach flourishing villages high in the mountains where people actually live & thrive off the land!

Plan your trip to Transylvania

Unveil Romania, the only travel planner company in Romania focused exclusively on tailor-made services for incoming tourists, can show you the way towards an epic journey back in time.

Plan your trip in Transylvania and experience a journey that you’ll never forget! 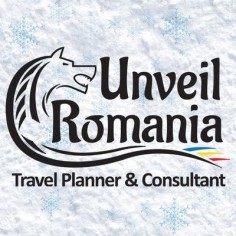