Temples in South India are some of the most culturally enriched sites that you will find. The people here have been preserving their culture via these exotic temples forever. They have nurtured the ancient culture which has been there throughout the course of history and witnessed the different dynasties which have ruled over South India along the way.

However, among all of the architectural practices which are followed by the states, the most interesting and significant one is the Dravidian architecture. This architectural form originated a thousand years ago. Koils – a pyramid shaped temple is what is most practiced in Dravidian architecture. In such constructions, a single stone is carved out intricately to form steps which are further adorned with carved statues of deities, kings, warriors and dancers etc. This is the prominent style which most of the south Indian temples have adopted. The style form initially flourished in royal courts of empires like Pallavas, Cholas, Pandya, Chera, Chalukyas, Rashtrakutas, Hoysalas and Vijayanagara. Each empire during their respective time contributed substantially to this architectural style. The highlights of this type of architecture are the Vimanam – main part, Mandapams – the porches, Gopurams Gate – pyramids and Chaultris – pillared halls.

1. Kumari Amman Temple
Kanyakumari is an amalgamation of natural beauty, mysticism and sculptures. This town is also admired for its pilgrimage value. The instant you step into the town, a heavenly sensation welcomes you.

2. Goddess Bhagavathi Temple
This is another well-known temple of the town. The belief that devotees visiting the temple get their wishes granted with the blessings of Goddess.

3. Vivekananda Rock
This rock memorial is located at a distance of around 500 meters from the sea coast. And the temple is a merge of two different Indian architectural styles. Built on a huge rock, this temple gives the feel of being on an island. It is dedicated to Swami Vivekananda. This temple is a representation of mysticism. A life size statue of Swami Vivekananda, the great philosopher makes it easily visible and more special.

4. Mahabalipuram Temple
One of the most popular south Indian temple tours is Mahabalipuram (aka Mamallapuram) located in Kanchipuram district of Tamil Nadu state. The temples of Mahabalipuram are classified as a UNESCO World Heritage Centre.  The temples are the best example of wonderful Dravidian architecture.

5. Guruvayoor Temple
Located 29 km North-West of Thrissur this temple is one of the most important pilgrimages of Kerala state. Dedicated to Hindu Lord Krishna this temple is situated in the town of Guruvayoor.

You can take a South India Temples Tour with many friendly tour operators offering lots of different holiday package deals, Central India Tourism, Eastern India Tourism and Jatak Travel, one of the best  Destination Management Travel Companies in India, offers some of the best and most affordable tours and travel services to this destination. 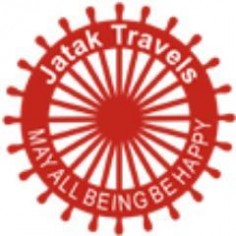