Situated in the lap of the Trishul Massif, the Roopkund Trek is hidden below a crest on the edge of the Nanda Devi Sanctuary. Roopkund attracts trekkers not only for its beauty, but also for the mysterious shallow lake, unusual at this high altitude.

Roopkund Trek came into the limelight when a large number of human skeletons and remains of horses were found perished near the lake. In recent past, scientists from different countries determined that the people perished due to a hail storm, with hail stones as large as cricket balls and with nowhere to hide, the group perished, and their jewellery, skulls, bones and even preserved body tissue can still be discovered today.

The Trek to Roopkund passes through lush green grassy land and conifer forests which cling to the slope of hills. En route to the kund offers magnificent views of the giant Himalayan peaks i.e. Trishul, Ronti, Nanda Ghunti, Changabang, Caukhamba, Bunder Punchh, Hathi parvat among others. The trek is tough at times, the altitude being the main factor, but with the added unpredictability of the weather at such altitude, adding to the challenge! 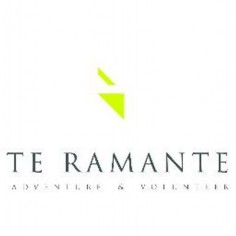