The attraction of Everest Trekking.

Most of Everest trekking is within the boundary of Sagarmatha National Park. This national park is spread over an area of 1,148 square km in the Himalayan ecological zone in the Khumbu region of Nepal. The park was established on July 19, 1976 and was inscribed as a Natural World Heritage Site in 1979. The Park includes the upper catchment areas of the Dudhkoshi and Bhotehoshi rivers and is largely composed of rugged terrain and gorges of the high Himalayas, ranging from 2,845m at Monjo to the top of the world’s highest Himal – Sagarmatha at 8,848m above sea level. Other peaks above 6,000m are Lhotse, Cho Oyu, Thamserku, Nuptse, Amadablam and Pumori. In this national park barren land above 5,000 m (16,400 ft) comprises 69% of the park while 28% is grazing land and the remaining 3% is forested.

Everest region is the home of Sherpas. Sherpas are an ethnic group of Nepal. They are migrated from Kham region of eastern Tibet within the last 300-400 years. Most of the people who are working in mountaineering and expeditions belong to this ethnic group. They are highly regarded as elite mountaineers and experts in their local terrain. They speak their own language. The Sherpa language belongs to the south branch of the Tibetan language family. This language is however not intelligible for Lhasa Tibetan speakers. During Everest trekking you will visit villages of Sherpas and have the opportunity to see their real lifestyle, traditions and culture.

In Everest region you will find varieties of flora and fauna. In the lower forested zone, birch, juniper, blue pines, firs, bamboo and rhododendron grow. Above this zone all vegetation are found to be dwarf or shrubs. As the altitude increases, plant life is restricted to lichens and mosses. Plants stop growing at about 5,750 meters (18,860 ft), because this is the permanent snow line in the Himalayas.

Tengboche Monastery is a famous Tibetan Buddhist monastery located in the Tengboche village in Khumjung. This monastery is also known as Dawa Choling Gompa. Situated at 3,867 meters (12,687 ft), the monastery is also the largest gompa in this region. The monastery was built in 1916 by Lama Gulu with strong links to its mother monastery known as the Rongbuk Monastery in Tibet. However, in 1934, it was destroyed by an earthquake and was subsequently rebuilt. In 1989, it was destroyed for a second time by a fire and then rebuilt with the help of volunteers and international assistance. In the background of this monastery there is a good view of Mt. Amadablam, Mt. Everest, Mt. Nuptse, Mt. Tawache, Mt. Thamserku, Mt. Lhotse and others.

In the Everest trekking area, apart from Tengboche monastery, other famous monasteries include: Thame, Khumjung and Pangboche.

All major trekking routes have locally operated facilities such as hotel/lodging, teahouse, and campgrounds for groups. 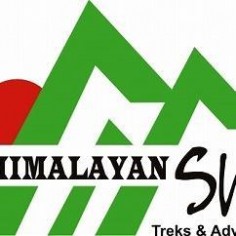