I work from home selling holidays to friends, and from phone and Internet enquiries.

Everyone wants a cheap holiday. Historically, Egypt and Tunisia were those destinations. Nobody can go there now, not even if they want to. Ok, so I say to people where do you want to go? What about Turkey?

Everybody comes back with the same question. Is it safe? Nobody asks that about Paris, Brussels, London or Florida. The unspoken reason for asking is Syria and its current political climate.

Put into perspective, Bodrum is nearer to Rome than the Syrian border. Turkey is a Muslim based country, but it’s secular. Nobody wears a burkah. The mosque calls people to prayer regularly, but the bars stay open and the music (in Gumbet) carries on banging out to the 18-30 crowd.

So, is it safe?
We’ve been going to Turkey for over 10 years, sometimes twice a year.
The world has changed, but nothing’s changed much on the Aegean coast.

We normally go to Gumbet near Bodrum and have just returned from Bitez. All 3 locations only a few miles apart. The sun still shines and everyone carries on as normal. We were there during Ramadam. Some of the bar and hotel staff were fasting during daylight hours. The majority weren’t. Religion isn’t a problem.

The security at Bodrum airport is as tight as its always been. Going to the airport there is a security checkpoint about a quarter of a mile from the terminal. Taxis and tourist buses pass through. Private cars are stopped and drivers asked why they are going to departures. At the entrance to the terminal building there is a bag and person check. ALL bags are X-rayed and people checked. If you’re not flying you cannot even enter the building. After that there is the usual check in and security measures. The airport is as secure, in my experience, as JFK. Anyone who has tried to enter the United States will understand the parity.

In resort, the Zabita (tourist police) are as visible as ever. Bar staff, restaurant and hoteliers are as vigilant as they have always been. They’re always on the lookout for drunks, troublemakers and scammers. It’s natural for them to have eyes on the street.

We’ve made many friends in this part of Turkey. Many are Brits who have either moved out there or married locals. I asked them discretely while we were out there.

“How safe do you feel?”
They all more or less had the same answer.
“When you see us heading for the airport with suitcases and all we can carry, it’s time to leave” 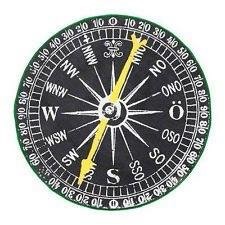