After being abandoned by my fellow traveller to continue the journey throughout Europe alone, I knew I had to just take this in my stride. I still to this day believe everything happens for a reason and every decision we make, good or bad, is something that just has to happen as the outcome is always going to surprise us or make the experience that much better.

So here I was left alone in Amsterdam struggling to find my way…. Jokes! The relief was enormous that now I had the freedom to just enjoy myself and not be bogged down with another’s issues. I had tried and tried and tried to make the experience for him something amazing, but he just didn’t want to climb aboard the fun bus, even with the training wheels on.

I travelled around for the next few weeks staying with a good friend and her partner who is a professional soccer player in Holland. This is what I needed, to kick back, have enormous nights out, drink extravagant drinks and literally be guided around Holland like royalty. Maybe I won’t go that far, but I will say I was definitely the first Australian these people had ever come across. The feeling of going out for a night and speaking with people who were genuinely excited that I had ventured to their town was insane to say the least.

As I parted from this fantasy I was living, I flew to Barcelona to stay for a few nights over the Christmas period and Kelly would arrive from America the day after Christmas. My god, I was excited to see her, and I knew I had to make a great second impression. I checked out of the cheap hostel that was filled predominantly with Australians and checked into one of Barcelona’s nicest Resort and Spas, just the casual 4.5 star kind of place.

Lets rewind for a moment. Once my mate had decided to go home to Sydney, I had seen a great opportunity to just change the name on the already booked flights we had to Kelly’s name. So you would think this is just the standard $70-100 fee. Well little did I know that I would be hit with not only the fee, but I would also have to pay the difference in the fare from the day I booked and the flight as of that day. I would say ‘Yep, it hurt a little’, but in all honesty it was worth every cent.

I picked up Kelly from the airport the day after Christmas and off we went. It was like we were living out a movie. We ventured all throughout Barcelona from sipping on sangria in Park Guell to drinking away that night on Las Ramblas. We may have had a little too much fun because we nearly missed our flight from Barcelona to Berlin the next morning. The hotel called to wake us in the morning and Kelly decided to disconnect the phone from the wall! A for effort there mate.

We arrived in Berlin, Germany to see my best friend and spend 5 days venturing the art districts of Berlin and partying the nights away at some of the most insane clubs I have ever been to in my life. We danced our way into the New Year with our closest million friends on Party Mile at the Brandenburg Gate and soon were off once again to London for our last remaining days together.

We strolled into London and stayed at Rafayel’s in the Chelsea area and I knew this was the last opportunity I had to woo this girl into making something of our relationship. We ventured throughout London knocking on the door of Buckingham Palace and Camden Market. In all honesty, this point for me is still a little bit blurry. I was so busy thinking what the hell am I going to do when Kelly flies back to America. I had to think of a game plan quickly, and the most logical plan was that I promised her I would be over to the states within a months time. I was head over heals for this girl. I had to make this work, and I was going to do everything in my power to make it happen.

So there we were at Heathrow Airport. We hugged goodbye for what seemed like the millionth time, I told her I loved her, gave her a kiss and she walked through departures. Now I sat in a daze for 16 hours before my flight finally was boarding.

Does love blossom in America? …. Read my next post to find out. 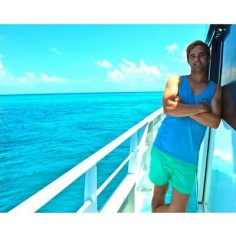