Buddhism is an eternal, pious path towards pure happiness and salvation, but for moral teachings and attaining the freedom of self-righteousness, monks have made the monasteries, caves, paintings and artifacts as Buddhist testimonies, and preached it as the colossal of Lord Buddha.

Special Tour Packages in India – With Buddhism in mind, Buddhist tours take in Agra and Sankasia, understanding more about the cultural importance of both cities, which are a blend of various cultures and civilizations embedded with modernization. The cities, which were once adorned with grace, gems and witnessed the age of magnificence have also the other side of the coin too, and are among the most sacred of cities with the utmost influence of Buddhism.

Agra is a city situated on the banks of River Yamuna in the northern state of Uttar Pradesh. This celebrated city is among the few ancient cities of the world. Traces of Agra can even be seen in the epic Mahabharata, the city had such a magical spell on the ruling emperors that they shifted their capital to Agra for almost 150 years. There are various Buddhist tours available, which not only cover the Buddhist monuments in Agra and nearby Vrindavan, Mathura, which is the colorful and miraculous land of Lord Krishna, but also serve up all the rich culturally diverse heritage sites of Agra too. Agra will always be known for Taj Mahal, the epitome of love and allegiance, a must visit site for any person who believes in Love. Agra Fort is another attracting tourist destination, which takes us, in our imaginations, through the eras of monarchy. Other major tourist destinations include:

As well as these historical monuments, the handicraft work Of Agra is famous worldwide.

On our Buddhist pilgrimage tour  you will visit Sankasia, a city not overly hyped, nor commonly explored, but which has a great substance in Hindu and Buddhist history. Sankasia is an ancient city in India, which lies in Farrukhabad district in Uttar Pradesh.

According to the legend, Sankasia is a place where Buddha, along with Lord Brahma and Indra (King of Heaven) descended after giving the sermon to his mother in the eternal abode. The spot where Buddha descended is established with a temple and a statue of Buddha. The temple is dedicated to Bisra Devi, another name of Gautam Buddha’s mother.

From the Hindu mythology point of view, every year a huge fair is organized in the month of Shravan (July-August). Lots of shavites reside in Sankasia and worship the very famous colossal Shiva Linga there.

Buddhist tours leaves no stone unturned in providing voyagers with the best travel and hospitality service during tours. This post was all about Agra and Sankasia, next time another Buddhist site.

By Buddhism In India 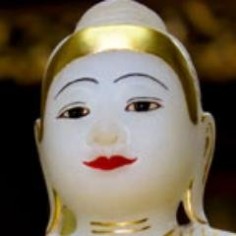 More posts by Buddhism In India