home / Spain / 6 Places to visit in Spain for Beach Lovers

As far as premier beach destinations in Spain are concerned, the vast stretches of sand on the Iberian Peninsula can hold their own with the best in the world. Thanks to more than 5000 miles of coastline the country has on offer, these six beautiful beaches can be ranked as being the greatest in Spain. They are the places which will bring the best memories and elicit vivid dreams of coming back again and again.

Located in the region of Asturias, the stunning beach of Playa de Bayas is surrounded by dense forests. The beach is of special ecological interest because of the variety of flora and fauna found there.

Situated in Benidorm, Alicante, this beach occupies a special place in all the guides relating to beaches of Spain. Though not for those looking for peace and quiet, the 6km golden coastline of Playa de Levante attracts thousands of tourists. There are many special outdoor activities and beach sports which are hugely popularised by the visitors.

Ibiza may be more popular for its night long beach parties and clubs, but it is also home to one of the top beaches for families in the whole of Spain, Cala Llenya. The local population of Ibicencos consider the beach as a prized possession as it is set amid pine woods and has wide open areas for walking. There are plenty of safe and secure areas for swimming and snorkeling. The plethora of eateries and beach bars makes Cala Llenya a hit with locals and visitors alike.

The true jewel of Costa del la Luz is the golden Playa de Mazagon, with its fine sands and serene waters. The beach stretches for nearly four miles with steep cliffs and pine trees as a backdrop. For the avid nature lover, the adjacent Donana National Park is great for birding. This area comprises of some of the biggest and most important wetlands reserves in the whole of Europe.

If you are a music fan, Benicassim is the top music beach in Spain. The annual Heineken music festival is held here, which attracts the leading music bands. The beach at one time was a famous pirate stronghold, but these days the relatively unspoilt Orange coast, just off Valencia, is great for a Mediterranean dip at any time of the day.

Surrounded by high end designer boutiques and trendy bars, La Concha is considered to be the best urban beach not only in Spain, but the whole of Europe as well. Due to its proximity with the French border, La Concha is immensely popular with both French and Spanish holiday makers. Situated on the shores of an amazing coastal city in the Bay of Biscay, there are also great aerial views to be had atop the nearby Mount Igueldo.

By Wander With Jo 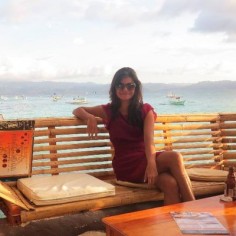 More posts by Wander With Jo