Thailand.  The mere utterance of the name ushers in images of an exotic faraway tropical land in Southeast Asia where basking in magical mountainous mists or bathing in soothing hot springs rejuvenates the body and soul.  After all, it seems one need only look at the slender, good-looking, happy Thai’s as suggestive proof for these notions.

Yet, when we told friends we were going to live there for six months, most of them were aghast.  “Isn’t it dangerous there?  Didn’t they just have a coup?”  Or, “The airlines aren’t safe.  That MH-370 airliner just disappeared.”  The answer to these emotional outbursts is a resounding “no”.

The Coup?  What Coup?

Fifteen days after the coup, we land in Chiang Mai international airport and wait in line to clear immigration.   My wife steps up to the kiosk.  The officer examines her passport and tries to pronounce her name.  “Car-r-r-r”.  “R’s” are tough for Thai’s.  She smiled and said “Karla”.  He tried again.  Gracious as ever, Karla smiled and told him he was correct.  A broad smile came over his face.  “Your first time in Thailand” he asked.  “Yes” she said.  “Welcome to Thailand.  I hope you enjoy our beautiful country”.

That was our initial greeting.  And it’s been like that every day for six months.

Everywhere we go people are happy, smiling, and helpful.  And every day we say to each other, “what’s there not to like about this place?”

Three days later, we’re walking around downtown Chiang Mai.  Around the 700-year old, brownish-red, partly crumbling moat in the old town, you could see legions of foreigners taste, smell, feel and look their way around the shops, restaurants, businesses and parks without a care in the world.   But every once in a while you’d see some stop and walk around in circles as if they are looking for something they lost.

They were looking for the signs of the coup.  They’re waiting for a soldier to come up to them and demand to see their papers.  They’re looking for trouble and conflict.   It’s hard to find.

In fact, we’ve seen little evidence of a coup in the six months we’ve been here.  There are roadblocks here and there throughout the country.  But this is an ordinary traffic enforcement role the Thai’s perform.  Typically, officials wave foreigners on through with a smile, unless of course, they are criminals or terrorists on a watch list.

Tourists Get First-Class Treatment in Thailand.

Happiness and kindness abounds in Thailand.  Everywhere you go you’ll find Thai’s smiling and welcoming you to their country.

Oops, did you overpay a seller with the wrong bill in Thai currency?  No problem, they’ll return your money with a smile.  They’ll write down and show you the correct amount.  They’ll even point to the correct color bill in your hand to help you.

Visit the malls, restaurants, or any number of Thai businesses and you’ll always get a smile.  Thai’s will find a way to help even if they don’t speak your language.  You won’t find this in many other countries.  And this great “customer service” in Thailand is not a put on.  The people “really are” caring and interested in you.

Returning from a month long trip throughout SE Asia, I passed a Starbucks concession at the Chiang Mai airport.  A man behind the counter called at me “hey sir, how are you?”.  I thought this was his way of getting me to buy coffee.  But when I walked by again, he repeated his call with “good to see you again sir”.  When I stopped to talk with him, I realized he remembered me buying coffee there two months earlier!

Want to rent-a-car and drive here?  No problem.  All you need is your international driver’s license and a credit card. And here’s a tip: go with Thai Rental Car. It’s a lot cheaper than the international “brand name” rental car agencies. And the service is excellent.

There’s no road rage here.  No horn beeping.  And there’s little weaving in and out of traffic — except for motorbikes. They are the subject of a separate story.

It’s all so civilized. These were our first impressions of Thailand in June 2014.

The imprint of the National Council for Peace and Order (NCPO) – the military coup leaders rule – can be seen everywhere. More regulatory oversight is in place. But few of the changes affect tourists negatively or directly.

Signs banning the sale of alcohol between certain hours are now prominent. That’s because the NCPO is trying to reverse the decline in productivity that occurs with workplace drinking.

And they’re cracking down — big time — on visitors who overstay their visas or who manipulate the visa system by making “border runs” to renew 30-day visas.  In fact, Thailand no longer will renew tourist or 30-day visas for border runners.

Perhaps the biggest and most chilling proposal is the construct of a single point of presence firewall for the entire country. Construction is ongoing despite protests by some Thai’s claiming civil liberties violations. What will it mean for the traveler or prospective businessperson traveling to Thailand? It’s likely to slow down traffic making it difficult to work over the Internet. Thailand is following the lead of Vietnam and the actions of the Government will make it easy to monitor criminal activity or anyone posting any material violating the country’s Les Majeste (“Crimes Against The King”) law.  Of course, Thai protesters assert the firewall will make it easier for the Thai Government to watch all Internet activity, selectively.

Changes notwithstanding, Thailand is among the most welcoming and safe environments either of us has encountered in our 40+ years of traveling. Two people eating out twice a day for one week, at sit down restaurants, will pay $80 a week — and that’s a high estimate. Those choosing street food can eat out for pennies a day. 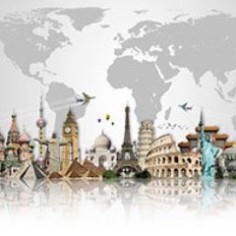