The crown of the world with an altitude of 8848 meters, Mount Sagarmatha, famously known as Mount Everest resides in the Solukhumbu district of Nepal. It is also known as Chomolungma and is the highest peak on earth. The Everest region lies in the Sagarmatha National Park and is one of the most visited places in Nepal. It is popular for a reason, as you can’t quite say you’ve been trekking in Nepal until you’ve been face to face with Everest and its majestic companions. Mount Everest, being one of the Seven Wonders of the World, makes us, the Nepali people, very proud and honoured to be connected to it.  The trek to the Everest region is by way of organised tea house trails with spectacular views and friendly Sherpas to help  you along.

The size and beauty of Everest is so daunting that trekking to its base camp is still an adventure of the highest sort. The Everest Base Camp trek is one of the most adventurous and exciting treks; beginning with a heart clenching flight to Luka, the most dangerously precarious airport in Nepal! The Everest Base Camp trek begins along the Dudh Koshi River crossing many bridges and climbing the steep hill of Jhorshalle to reach the beautiful Namche Bazaar. After Namche Bazaar the trail ascends above the tree line and you quickly find yourself walking in a stunning high-altitude landscape. It is one of the most famous trekking trails in Nepal and most of the people have it on their to-do list. 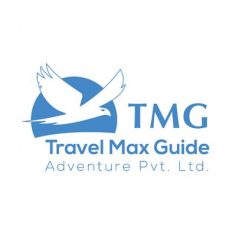