Barcelona and in fact the whole region of Catalonia is internationally well-known for the quality of its gastronomy. This is partly due to its Mediterranean location, which offers an array of fresh ingredients. Being by the coast, seafood plays a very important role in the Catalan diet. Fresh fruits and vegetables can be found easily, and the mountains provide the Catalans with meat from pig and sheep breeders. It is quite common to find dishes serving a combination of seafood and meat, “Mar Y Mantaña” which is the equivalent of “surf and turf”. Here are delicious dishes that you have to try when visiting Catalonia:

Fideuá: the first time you see a fideuá, you will automatically think about the traditional seafood paella. The fideuá is made of short noodles which are cooked in a small amount of liquid, in a paella dish. The pasta is first browned in olive oil, then left to simmer in a fish and shellfish broth. The broth is added in intervals and there is practically no stirring involved. Then just before serving, a touch of garlicky alioli is added. If you like paella and bouillabaisse, then you must try the fideuá.

Escalivada or escalibada is a dish of smoky grilled vegetables which are normally aubergines, red peppers, onions and tomatoes. The vegetables are skinned and de-seeded, then roasted with olive oil and served hot or cold. It is delicious eaten with bread and a lovely glass of Catalan wine.

Botifarra or butifarra is a sausage made from pork meat and with a hint of spices. It can be served as a tapa or cooked. Try the butifarra served with ‘pa amb tomaquet’, or pan con tomate, a tasty bread rubbed with tomatoes, and drizzled with olive oil and a pinch of salt.

Calçots: giant spring onions or baby leeks which are barbecued and served with romesco sauce. The romesco sauce is a sauce made from almonds, roasted garlic, olive oil and dried red peppers.

Moving away from the traditional Catalan cuisine, the region is well-known for its molecular gastronomy.  It is the study and use of scientific principles in the preparation and cooking of dishes. The most famous restaurant for the use of molecular techniques used to be el Bulli near the town of Roses. It was a Michelin 3-star restaurant run by Chef Ferran Adrià. This restaurant is now closed, but Ferran Adria opened another restaurant in Barcelona called Tickets, which is considered a mini El Bulli. Other famous restaurants in molecular gastronomy include the Abac Restaurant in Barcelona. It is run by Chef Jordi Cruz. One of the most popular dishes served at the restaurant is a smoked steak tartare, seasoned snow-like beef, cooked egg yolk, and veil of mustard and pepper bread brittle. Or try the Can Jubany also in Barcelona. It is run by chef Nandu Jubany and offer a menu of traditional Spanish cuisine revisited with modern techniques.

Other tasty dishes that you might also want to try include Escudellla (a catalan stew), Xai Rostit Amb 12 Cabeçes d’All (lamb roasted with 12 heads of garlic, Suquet de Peix (a seafood stew with potatoes, garlic and tomatoes).

And if you are looking for a good choice of accommodation in Barcelona and Catalonia, visit BungalowClub. They will have the ideal place for you to stay during your culinary tour of the region. 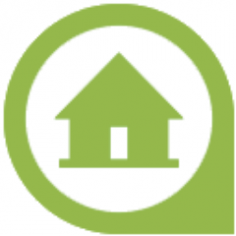