Discover four countries for yourself during this exciting adventure tour of The Balkans.

Day 2: TIRANA – KRUJA – BERAT (Unesco) (145 km)
We travel to Kruja, center of the Albanian resistance against the ottoman Turks under our leadership, national hero Scanderbeg. Visit the fortress of Kruja the Scanderbeg Museum, Ethnographic Museum and the old bazaar full of souvenirs including handmade souvenirs. Traditional Albanian lunch in Kruja. We proceed to Berat, Albania’s second museum town, sometimes called “the city of a thousand windows” and one of the most attractive Albanian towns. We will see the Fortress, Onufri Museum and several Churches and Mosque. Downtown we visit the Leaden Mosque, the King Mosque, the Bachelor Mosque and Alveti Tekke. Overnight in Berat.

Day 3: BERAT (Unesco) – APOLLONIA – VLORA (105 km)
After breakfast we visit the ancient city of Apollonia situated on the famous Via Egnatia, one of the most important cities in Roman times. The Roman Emperor Augustus Octavian studied here. Visit the city and the Orthodox monastery turned into archaeological museum of the site. Lunch in Apollonia. After Lunch, depart to Vlora, the town where Albanian independence was proclaimed. In Vlora we visit the Independence  Museum, situated in the original house that was the seed of the first independent Albanian government. Overnight  in Vlora.

Day 4: VLORA – BUTRINT (Unesco) – SARANDA (160 km)
After an early breakfast we depart to Saranda. Drive on the spectacular Albanian Riviera looking down at the Ionian Sea. Breathtaking sceneries await us at the Llogara pass – 1000 m above sea level.  Lunch in Butrint.(optional). After lunch visit the ancient city of Butrint a world heritage site. The city was first settled by Greek colonists and was continuously inhabited for centuries forming archaeological layers of passing civilizations. It is situated in a beautiful peninsula among dense vegetation. In the afternoon visit at the Lekursi castle with a beautiful view of the bay of Saranda and Corfu island. Afternoon free to explore Saranda. Overnight in Saranda.

Day 5: SARANDA – FINIQ – GJIROKASTRA (Unesco) (60 km)
After breakfast, proceed to visit the ruins of Foinike in the village of Finiq. Foinike used to be one of the most important cities in ancient times. After the visit depart to Gjirokastra. Lunch in local restaurant in Gjirokastra. Gjirokastra is the birthplace of former iron-fisted dictator of Albania, Enver Hoxha. Visit in the pre-Ottoman citadel with a weapons museum and ex-political prison. Afterwards free to stroll around town where many of the buildings retain their original wood and stone work. Overnight in Gjirokastra.

Day 6: GJIROKASTRA (Unesco) – KOLONJE – KORCA – VOSKOPOJE – KORCA (218 km)
After breakfast we depart for Korca. We drive through breathtaking scenery of the mountainous area of Leskovik and Kolonja. Lunch on the way to Korca (optional). Arrival in Korca and accommodation in hotel for refreshment. Afterwards, we depart for Voskopoja one of the most important towns in the European part of the Ottoman Empire during the beginning of the 18th century. Overnight in Korca.

Day 7: KORCA – POGRADEC – SVETI NAUM – OHRID (101 km)
In the morning a short sightseeing tour of the town. Then departure for Pogradec on the shores of Lake Ohrid. Visit Driloni Park and Villa Art that used to be the old fishing villa of the dictator. Lunch in local restaurant. After lunch we proceed to the Sveti Naum for a visit of the monastery. After visits continue to the town of Ohrid. The Ohrid region is a UNESCO world heritage site for its cultural importance in the area. Overnight in Ohrid.

Day 8: OHRID
After breakfast visit: the Church “St. Sofia”, built between the 11th and 14th century, was the seat of the Archbishop. “St. Clement”, a classic Orthodox Byzantine church, dominating the Old Town, demonstrates the link between Byzantine and Italian Renaissance art. At “Plaoshnik”, in the 9th century, St. Clement of Ohrid founded the first University of Europe and educated 3,500 students. St. John at Kaneo, stands alone on a small promontory which juts out into the lake at the western end of the Old Town and provides spectacular panoramic views of the lake and surrounding mountains, Samuil fortress, etc. Overnight in Ohrid.

Day 9: OHRID – STRUGA – SKOPJE (187 km)
After breakfast, proceed to Struga famous for its wall of water where the Black Drin River flows out of Lake Ohrid on its way to the Adriatic. In August, the famous international poetry festival is staged on the bridge over the Black Drin. After a short visit we proceed to the capital of Macedonia, Skopje, where we take a guided tour of the main sites. Overnight in Skopje.

Day 10: SKOPJE – PRIZREN – PRISHTINE (181 km)
Morning we drive north crossing the border to Prizren (2 hrs). Prizren is a true open air museum, one of the most beautiful towns of Kosova. It is situated on the slopes of the Sharr Mountains and on the banks of the river Bistrica. The craftsmen of Prizren are well known for their beautiful gold and silver articles, embroidery, the Prizren cloth, knives and other folk handcrafts. From all the cities of Kosova, Prizren has best preserved the architectural physiognomy of the past. Overlooking the town on a hill that dominates over the Prizren plateau is the Kalaja Fortress of Prizren (Kalaja e Prizrenit). Continue onwards to Pristina (2 hrs). Next visit the 1389 Kosovo Battlefield and Sultan Murat’s grave (both about 15 min away from Pristina). The Battlefield is considered as the starting point of the fall of Serbian medieval state and expansion of Ottomans to the Balkans where they stayed for nearly 600 years – just one modern monument – but it is worth stopping for the story! Also very nearby is the grave of Ottoman Sultan Murat, killed by Serbian nobleman Milos Obilic in his tent during the battle, well part of the grave, as his body was taken to Konstantinopolis and only the heart and blood remain here. Take a stroll along the streets and the main square of Pristina. Overnight in Pristina.

Day 11: PRISHTINA – GRACANICA – ULPJANE – PRISHTINA (20 km)
Visit Gracanica Monastery, constructed on the ruins of an older 13th century church of the Holy Virgin, which was built on the ruins of a 6th century early Christian three-nave basilica. On the southern wall of the chapel is written the king’s charter, including the following words: “I have seen the ruins and the decay of the Holy Virgin’s temple of Gračanica, the bishopric of Lipljan, so I have built it from the ground and painted and decorated it both from inside and outside”. Of the former monastic compound, only the church has survived. Visit Ulpiana, an ancient Roman city located in today’s Kosovo. It was also named Justiniana Secunda. Ulpiana is situated in the municipality of Lipjan. Under the Roman Empire, Ulpiana flourished and it is mentioned as a glorious city “urb splendidissma”. Ulpiana suffered numerous attacks from barbarian tribes (Huns, Goths), it was destroyed in  479 when the Goth King Theodomir sent his son, Theodoric the Great with 3,000 soldiers, to destroy the city. A final blow came when an earthquake struck in 518 AD and destroyed what remained of Ulpiana. Overnight in Pristina.

Day 12: PRISHTINA – KOLASHIN – BUDVA (363 km)
Travelling from Prishtina to Budva the road takes us through Peja and then into Kolašin which is one of the centres of Montenegro’s mountain tourism. Lunch in a typical restaurant. We will take a driven tour of the capital, Podgorica. Afterwards a panoramic drive will take us toward Budva. Overnight in Budva.

Day 13: BUDVA – KOTOR – CETINJE – BUDVA (109 km)
Kotor is one of major tourist destinations in Montenegro. It has one of the best preserved medieval old towns in the Adriatic and is a UNESCO world heritage site. It has numerous other sites, such as the Cathedral of Saint Typhoon in the old town (built in 1166) and ancient walls which stretch for 4.5 kilometers directly above the city. Lunch in Kotor. Travel to Cetinje, the old capital which has numerous points of interest, such as Cetinje Monastery, Vlaška church (built in 1450, with its fence made out of barrels of captured enemy rifles), Biljarda, numerous museums, Zetski Dom royal theatre and historic foreign embassies. Return in Budva. Overnight in Budva.

Day 15: TIRANE – “Mother Theresa” AIRPORT (18 km)
At leisure until departure to airport where we say goodbye. End of our service. 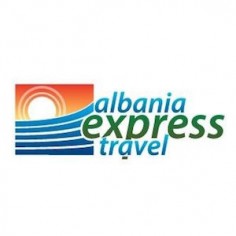